The entire Samsung Galaxy S22 smartphone line lost the nearly three-year-old iPhone 11 and the budget second-generation iPhone SE 2020 in a performance test. The smartphones were not saved either by the new processor production standards (4 nm), or the graphics created in collaboration with AMD. At the same time, Samsung’s new products are much more expensive than the iPhone 11 and SE 2020, which are still on sale.

The latest smartphones in the Samsung Galaxy S22 series, equipped with a proprietary Exynos 2200 processor, lost to the Apple iPhone 11 in a performance test, writes the Computer Base portal. Between smartphones, there is a huge difference in price and “age”. The S22 devices premiered in early February 2022, while Apple released its iPhone 11 two and a half years ago, in September 2019.

With the release of the Exynos 2200 processor, Samsung’s new flagships will be delivered to markets in most countries of the world, including Russia. There is a separate package in the American Qualcomm Snapdragon 8 Gen1, but it is inferior to the iPhone 11 in terms of performance, although only in multi-core mode. The tests were performed at the popular GeekBench 5 reference point. 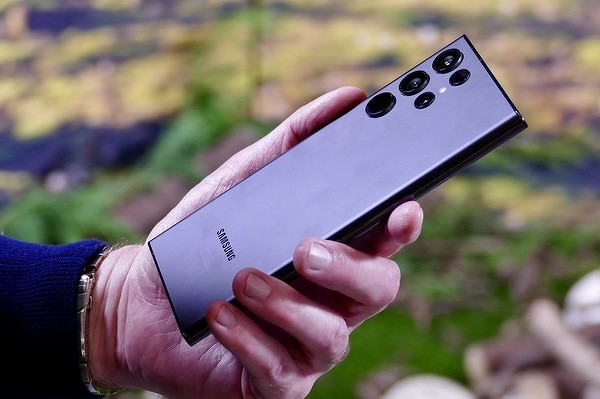 The measurements showed that in single core mode on GeekBench, the new S22 + and S22 Ultra based on the Exynos 2200 earn 1178 and 1190 points, respectively. Meanwhile, the Apple A13, a nearly three-year-old processor from the iPhone 11, scored 1329 points.

In fact, the Galaxy S22 series is a competitor to the iPhone 13 series with the A15 processor, which Apple introduced in the fall of 2021. However, these devices went a long way, eliminating almost 4700 points in multi-core mode in GeekBench 5.

For unknown reasons, the newest Galaxy S22 did not participate in the tests.

Information about the Samsung Exynos 2200 processor started appearing on the Internet in the fourth quarter of 2021 and at the end of the year it was reported in all the news bulletins. Samsung planned to present it in January 2022, a few weeks before the Galaxy Unpacked conference, where the Galaxy S22 premiered.

However, it was decided to postpone the appearance of the CPU in the end and Samsung did not specify what prompted it to take this step. Information about the problems of the Exynos 2200 with overheating appeared on the Internet, but the seller hastened to deny them.

The Exynos 2200 finally premiered on January 18, 2022. It is the first 4 nm processor for Samsung mobile devices and the third in the world after the MediaTek Dimensity 9000 and the Qualcomm Snapdragon 8 Gen1 (in order of announcement).

During the presentation of the processor, emphasis was placed on the presence of Xclipse 920 graphics based on the RDNA2 architecture developed by AMD. But according to the Boy Genius Report, Samsung, for some reason, did not see a significant improvement in performance or performance with the Exynos 2200 compared to its predecessor, the Exynos 2100.

AMD graphics do not help

Samsung’s collaboration with AMD to create the Xclipse 920 video subsystem does not yet bring the desired results to Samsung. Test results at the GFXBench benchmark show that, despite years of difference, the iPhone 11 at least keeps pace with the new Korean flagships.

It is also important to note that the A13 processor is used not only in iPhone 13 series smartphones. It can also be found in the second generation iPhone SE, released in the spring of 2020.