The first information about the Conquest S29 smartphone appeared in February, but I still did not get it in my hands. In addition, it turned out that it was not easy to understand. To be honest, it did not work that way. Too many hieroglyphics and dark terms.

The Conquest S29 is the successor to last year’s Conquest S28 smartphone (we played with the cameras, we increased the battery). And from the looks of it, he’s just as crazy. Sold in the new number of seriously different variants. In addition, it supports the connection of additional units. And this is where the confusion begins. Because exactly how many and what kind of variations will be released, they forgot to tell us.

Well, for example. It is known that the Conquest S29 can be produced with different camera sets. Main plus wide angle. Or the main plus “night” with infrared lighting. Here everything is more or less clear, there is even a picture. 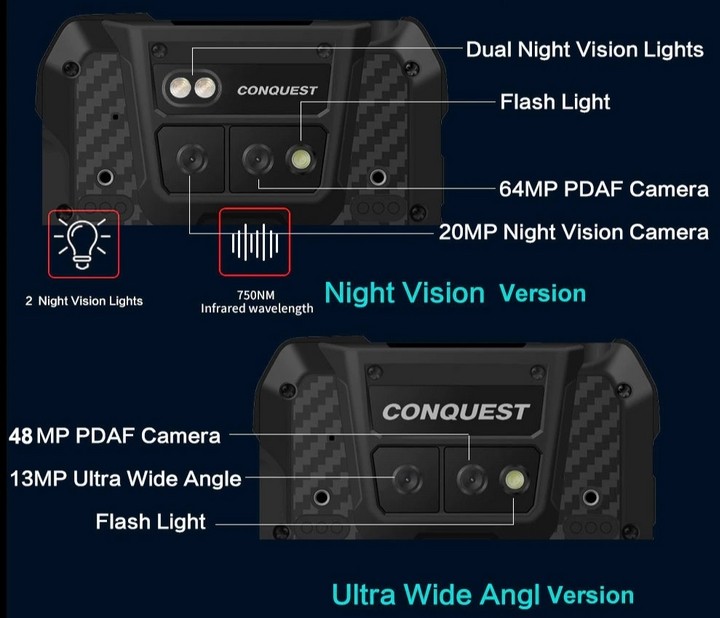 And separately it is mentioned that the smartphone can be “optionally equipped” with a thermal camera. How is it? In addition to the previous cameras? Or instead of them? There are no clarifications or images on the back. 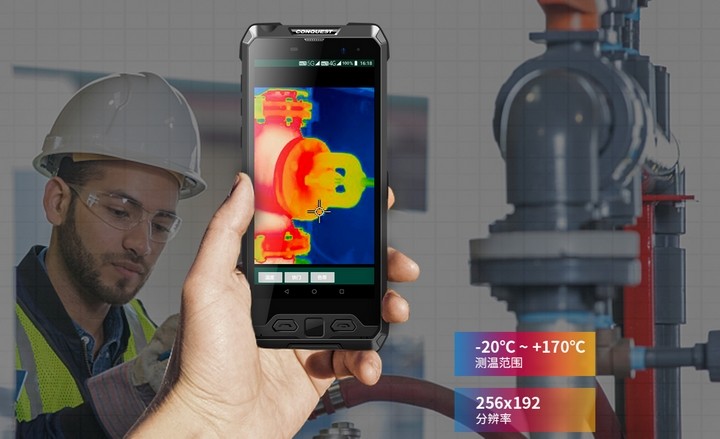 The smartphone, by the way, is already available on AliExpress. In three versions. Basic, with thermal camera and DMR radio. Theoretically there should be a version with support for satellite communications. But here it is unlikely to appear on AliExpress. The satellites used there are Chinese, we do not care. And the price increase, judging by the prices of the predecessor Conquest S28, almost doubles because of this. Do we need it?

There may also be modifications with code scanners for sale. Again, I do not really understand – is this a separate type of device or an additional unit that attaches to a smartphone?

Cameras. The front has a resolution of 32 MP. The main rear is 64 MP (and suddenly equipped with optical stabilization). As a second camera – either 13 MP wide-angle or 20 MP at night.

There is an NFC module, 5G networks are supported. All “our” LTE frequencies are available. The fingerprint scanner is suddenly in front, tucked under the screen between a few physical buttons.

In short, if we add up the usual features, we will realize that we have a fully integrated modern mid-range smartphone with no visible weaknesses.

PROTECTION. Traditional IP68 and MIL-STD-810H. The operating temperature range is from -35 to +70 degrees. It is “allowed” to fall from a height of 1.8 m. Other understandable safety details are not visible.

Judging by one of the images, there is a certification for the admissibility of using a smartphone in “explosive environments”. But whether this applies to all versions of the device or only to specially selected ones, again, is not clear. 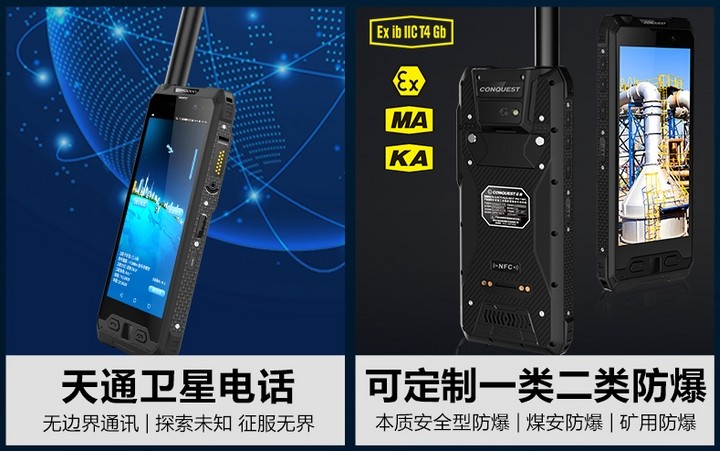 Yet. There is an IR transmitter, ie you can use your smartphone as a remote control equipment. Super powerful speaker – 120 dB. There is a flashlight (a separate terminal) – they promise that the smartphone batteries will be enough for 24 hours of operation of this lamp.

There is a connector called M6 for connecting all kinds of different special peripherals. I am very glad that through this you can connect an RJ-45 socket to your smartphone. Those. You can connect to the Internet “wired”. 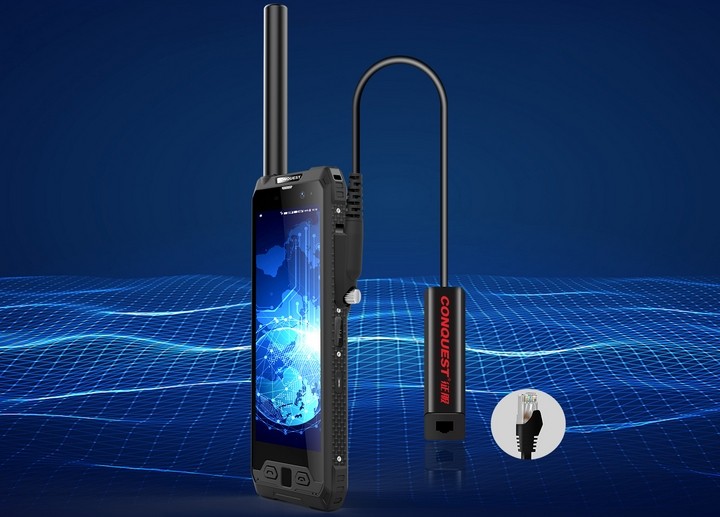 And for the prices. Surprisingly, I could not find information on how much the Conquest S29 would cost in China. I’m losing my ability … Price on AliExpress starts at $ 950 (11 118,000). So, I think for you and me, this device is of purely theoretical interest.

Key features of the Conquest S29: