Cars are like women: at every age they are beautiful in their own way. Maybe one day a monument to Russia’s first off-road vehicle, the Niva, will appear in Novosibirsk. Today, April 5, 2022, marks exactly 45 years since the appearance of a serial car, which has become the pride of the domestic car industry.

For several years now, public figures have been demanding the erection of a monument to the Niva car in Novosibirsk. The fact is that almost no one knows anything about Valery Syomushkin in his hometown.

It is known that the nature of Siberia inspired the designer to create a “car for the countryside”. “I was born on February 27, 1940 in the village of Spirino, in the Ordynsky district of Ob, 140 km from Novosibirsk. I could not remember my father, because in 1941 my mother accompanied him to the front and in 1944 he died in Poland. But I still have his letters, in which he often made drawings with colored pencils.

The mother is a teacher, she painted both out of necessity and out of duty. There were, frankly, few visual aids in rural schools after the war. My mother made them herself with pencils and crayons on sheets of paper. Thus, the desire and the need for a plan were born in me, one might say, from birth “, Valery Syomushkin wrote about himself.

The designer said that once a boy, the same age as Valery Pavlovich, came to Spirino for the summer to the neighbors. And he brought with him a car designer. What did not exist! Frames, wings, wheels, doors, nuts, screws.

“But you had to gain the trust to be given a screwdriver and let you assemble the machine. “Now I’m surprised how tidy and frugal he was – he did not lose a single nut,” Siomuskin recalled in his childhood.

Then there was Uncle Andrei – the driver of the cream. He helped little Valera with her mother and sister move from village to village, where his mother moved to teach. 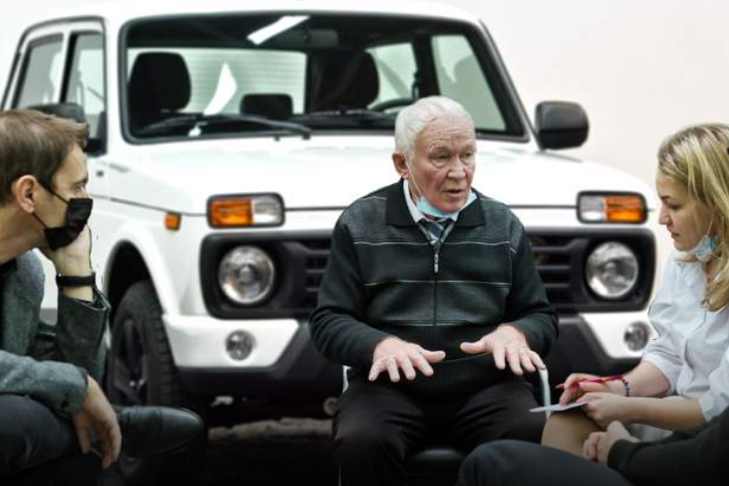 “Once Uncle Andrei went to the store and left me in the cabin without turning off the engine. The gear levers were shaking attractively and I decided: I will drive a little. There seems to be nothing complicated about it. He pushed the lever, the box shook, the truck contracted and died. I still remember the expression of horror on Uncle Andrei’s face, who jumped out of the store. I was 7-8 years old then. After Uncle Andrei, my uncle, my mother’s brother, Volodya, played an important role in my future destiny. “First with my Izh-49 motorcycle, then with the Pobeda M20, which I rode when I was 12 years old”, continues the creator of Niva.

It is worth noting that the head of the art studio where Syomushkin studied was the artist Alexander Chernobrovtsev, who later became famous, the author of the sculptural composition “Monument of Glory” in Novosibirsk.

According to Izvestia, one of Niva’s fans is Vladimir Putin.

“I grew up in the countryside and I know very well what a tilt car is. These are eyes and ears full of dust. “And if you are driving for another car, you have to stop and wait until the dust settles,” Valery Semushkin later explained. However, he admitted that he had heard from General Manager Viktor Polyakov: they say that a farm worker needs a car that can not only drive in the village, but also come to the theater.

Semushkin’s writing belongs to the very name “Niva”, it appeared in the sketches in the early 1970s. There was another version: the name was formed from the names of the children of the developers: Natalia, Irina, Vadim and Andrei.

In addition to the closed monocoque body and disc brakes, permanent four-wheel drive with central differential was unusual for cars in this category. Such a design, which emerged from the Range Rover SUV, gave obvious advantages. First, the car was immediately ready to overcome the impassability. You did not have to handle levers to get out to lock the front wheel joints. Second, it made it possible to improve the handling and stability of a short-wheelbase vehicle. The disadvantage was the fuel consumption and noise levels. In order to integrate the gearbox with the passenger models, the razdatka was mounted separately and connected to an intermediate axle, which became the main source of vibration and noise. 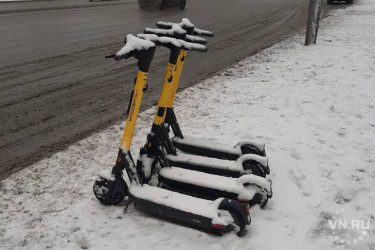 The Niva was equipped with the most powerful and bulky engine of the VAZ family at that time (1.6 liters, 75 hp), at the same time, in terms of low torque, it was inferior to almost all competitors in the class. Tester Vadim Kotlyarov recalled that the car turned out to be “cheeky” due to the fact that the second lower provided good traction along with decent dynamics. This saved the car in almost desperate situations. In field tests, the Niva encountered obstacles and even overtook Land Rover and UAZ.

At the end of 1977, a pilot batch of 50 vehicles was transported for trial operation to various USSR institutions and organizations. The Niva series left the assembly line on April 5, 1977.

One year after the start of mass production, the Niva began to be exported. This SUV has been officially sold in more than a hundred countries around the world, including Canada, Japan and Australia. In Egypt, Greece, Ecuador, Brazil, Panama and Chile, the Niv was assembled.