Connoisseur of forests – that was the name of the experts in the old days, who made the forests known, determined their quantitative and qualitative characteristics, plotted the location and boundaries of the forests in the plan. Now the professions of forester, tax engineer are still extremely important for the state.

Roslesinforg became the successor to the Russian and Soviet forest inventories from its inception in the 17th century under the Petrovsky decrees. The organization, which currently includes 35 branches across the country, specializes in the comprehensive resolution of forest accounting problems in the interest of the country.

The history of Roslesinforg began on May 23, 1937, when the All-Union Forest Management Office (Lesproekt) was founded. Two decades later, Lesproekt made known all the forests of the USSR. In the late 1970s, with the advent of the first computers, it was necessary to fully automate the processes of collecting, processing and analyzing all forest reports. For this purpose, in 1980 the Main Information and Computer Center of the Ministry of Forests of the RSFSR was established. In 2001, it was renamed Roslesinforg.

One of Roslesinforga’s largest branches, Sevlesproekt has its roots in the distant 1933, when the Vologda Forest Management Team of the Sevles Trust was established. In March 1948, the Northern Aviation Forest Management Office was reorganized into the Vologda Aerial Photo Forest Management Trust Sevlesproekt. Today, a professional team successfully continues the work and traditions of its predecessors, helping forestry companies make the most efficient use of Russia’s forest resources.

Sevlesproekt’s most important activity is the State Forest Inventory (SFI), launched by Roslesinforg in 2007. The work to determine the quantitative and qualitative characteristics of the forests of the Vologda region was completed in 2014, resulting in more than 2 thousand permanent The test plots were placed for measurements.

In addition to the GIL, the branch has been entrusted with forest management, forest planning, cadastre of forest plots in the interest of the state and the tenants of the Vologda region and the Komi Republic.

Since 2015, the “forest scouts” have been working in the inaccessible forests of the Republics of Buryatia, Komi and Sakha (Yakutia), in the Trans-Baikal and Kamchatka territories, and by 2020 they have fully established a network of permanent test plots in the Chukotka Autonomous Region.

It is the responsibility of Sevlesproekt experts to evaluate the effectiveness of measures in the field of protection, conservation, reproduction, use of forests in the Vologda, Pskov and Kirov regions of the Komi Republic. Remote monitoring of forest use in the Vologda and Komi areas of more than 10 million hectares is carried out annually to decriminalize the logging industry.

It should be noted that the workers in 2008 (for the first time in the Russian Federation) and in 2018 developed the Forest Plan for the Vologda Region. They have more than 180 forest development projects, land preparation of remote sensing materials for 125 tenants of forest funds.

Sevlesproekt has become an innovator in the field of digitization of the country’s forest inventory. In 2013, the development of the “PARM taxator” (Field automated workplace of the taxator) began here. The application is designed to perform forest inventory work in the field using paperless technology using mobile devices. The technology has proven itself well and is now being applied in other industries. Thanks to innovation, tax collectors will be able to significantly reduce labor costs, optimize data collection and improve their quality. 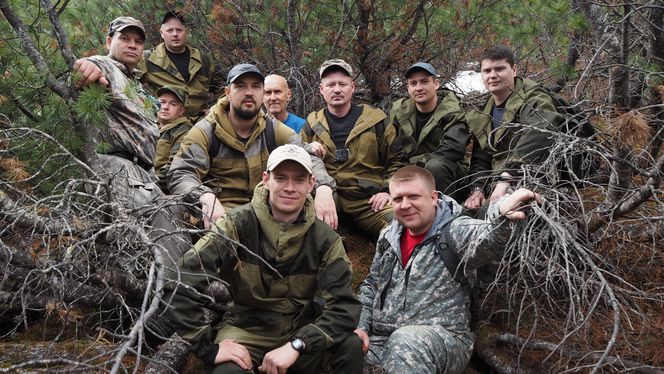 As of January 1, 2022, Roslesinforg has been appointed head of federal forest inventory. This means that no other organization in the country will be able to determine the timber stock, the species and the age of the trees, to develop a methodology for the care, conservation and reproduction of forests in relation to the areas of forest funds.

The forest resources of the Vologda region occupy 11.7 million hectares, which constitute 81% of the territory of the region.

“It is difficult to overestimate the importance of the government’s decision to return the forest stock to the state forest fund at the federal level,” said Grigory Saveliev, director of Roslesinforg Sevlesproekt. – The forest is not only an industrial resource, it has significant ecological, climatic and recreational value. I attribute a rational alignment of the priorities in the utilization of all the utility of the forest to the mission of the state forest inventory.

The first stage of federalization included those areas and forestries where forest management materials are extremely obsolete. So, for example, in 2023, work will be carried out at the Gryazovets forestry in the Vologda region, where the last forest inventory was carried out in 1996 and the data are over 25 years old.

The change of the forest accounting rules will be smooth, after the results of the transitional period, until the end of 2022 the final ten-year forest management plan will be approved.

To increase the ecological potential of the area

The State Forest Census makes it possible to assess forest wealth in more than 100 parameters. It is necessary to know what types of trees grow, their age, the type of crown, the main types of damage, to evaluate the soil, the undergrowth, the presence of dead wood, etc.

In 2022, Sevlesproekt employees will have to conduct a GIL in the Babushkinsky, Nikolsky and Totemsky boroughs.

“In the territory of more than 2 million hectares, 403 test plots will be placed, where the experts from Sevlesproekt and the Arkhangelsk branch will make the necessary measurements,” explains Grigory Saveliev. “They will be able to assess the characteristics of the forest with high accuracy, determine its ecological status, including the ability of trees to accumulate and absorb carbon dioxide. The more sustainable forests we have, the more actively they absorb and store carbon. And, as a result, the ecological potential of the region is higher.

According to the first GIL cycle, the total coal reserves in the region amounted to 897.9 million tonnes, of which 89.9% are in live trees. In 2021, with the start of the second phase of forest assessment, 7.5 million hectares of forest land were surveyed and work is scheduled to be completed in 2023.

They see everything from above

Every year the technologies for obtaining information about the forest are improved. Since 2006, Sevlesproekt has been conducting space monitoring and has been operating continuously for the last 5 years.

“Modern satellite imagery tools make it possible to obtain timely and reliable information on the state of forests and economic activity in any remote area, which is practically impossible with ground surveys,” says the head of Sevlesproekt. – And the area of ​​в.. В.. Remote monitoring is growing every year.

In 2022, it increased in the Vologda region by 900 thousand hectares and now exceeds 7.4 million hectares (this is almost 65% of the forest land in the region).

Space monitoring is mainly carried out in those forest areas where forest management and wood processing are actively developed and illegal logging events have been detected more than once. As a result of such an observation, for example, in Babushkinsky Forestry, one of the most criminal, the area of ​​illegal logging in 2021 decreased by 43% compared to 2020.

In total, in 2021, Sevlesproekt sent 162 satellite images with signs of violation of forest legislation to the Department of Forest Complex of Vologda Region. Of these, 146 forest violations were confirmed.

As practice shows, the number of violations detected by remote monitoring is steadily declining.

With care for the new change

Sevlesproekt pays special attention to the career counseling work with teenagers and young people, their participation in the profession.

The organization particularly appreciates the involvement of students and teachers in the conservation and enhancement of forest resources in the Vologda region. Thus, in April 2021, Stepan Shusharin, deputy director of Sevlesproekt, inherited forest inspector, became a mentor at the forestry office of the Vytegoriya Lesnaya school.

“We consider it our duty to support the businesses of the new assistants in every possible way,” he says. “Thus, Sevlesproekt contributes to the future of forestry and the development of its human resources. Tomorrow, these types can join specialized universities and technical colleges and then the ranks of foresters.

Under the guidance of experienced teachers, young people are involved in the theory and practice of forestry, participate in activities for the protection and reproduction of the forest.

Traditionally, experts from Sevlesproekt (including the Vologda Region Forest Department) meet with students. Thus, in late 2021 and early 2022, meetings were held with students from the Vologda State Dairy Academy and the Sokolsky Polytechnic College.

The children were introduced with great interest to the structure and flexible activities of Sevlesproekt, the prospects for the work of the company and the department and their achievements. An agreement was reached for a visit to the Sevlesproekt Forest Museum by students, internships and open courses. In 2022, Stepan Shusharin will join the committee to defend the final qualifications and diplomas. 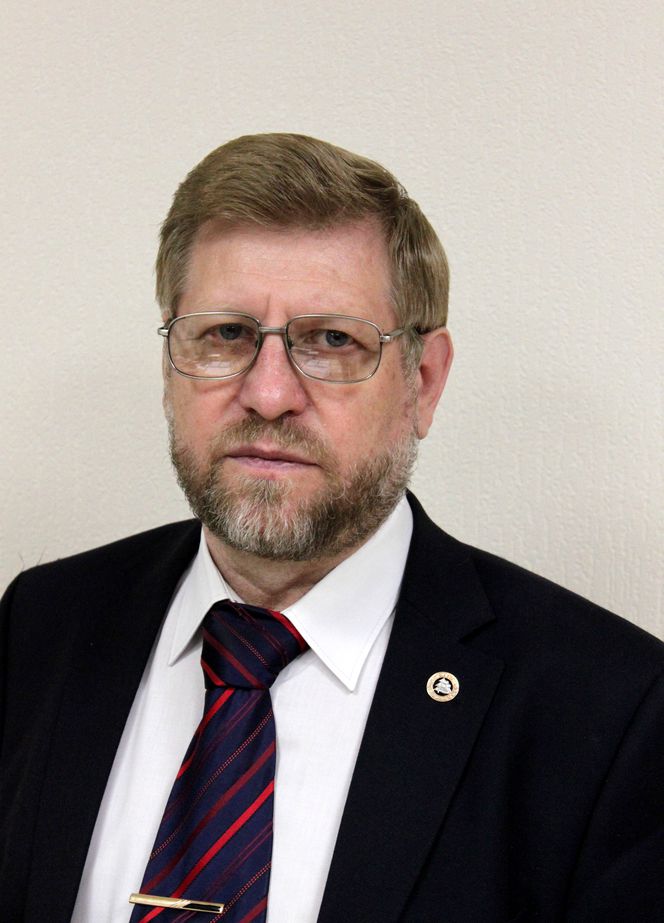 It is very symbolic that the date of publication of the Petrovsky decrees on the inspection and description of the forest, in fact, its taxation, is taken as the beginning of the establishment of forestry in Russia. It is also symbolic that in the year 2022 anniversary, the forest management of the state forest fund has returned to the federal level.

The Russian forest is not only a renewable resource, but also a public property of world importance. It is our attitude towards today – from the rational use and timely restoration to the reliable recording of forest resources – that will determine the quality of life of the descendants.

On behalf of the forest managers I wish you success, prosperity and general unity in the face of any international challenges! 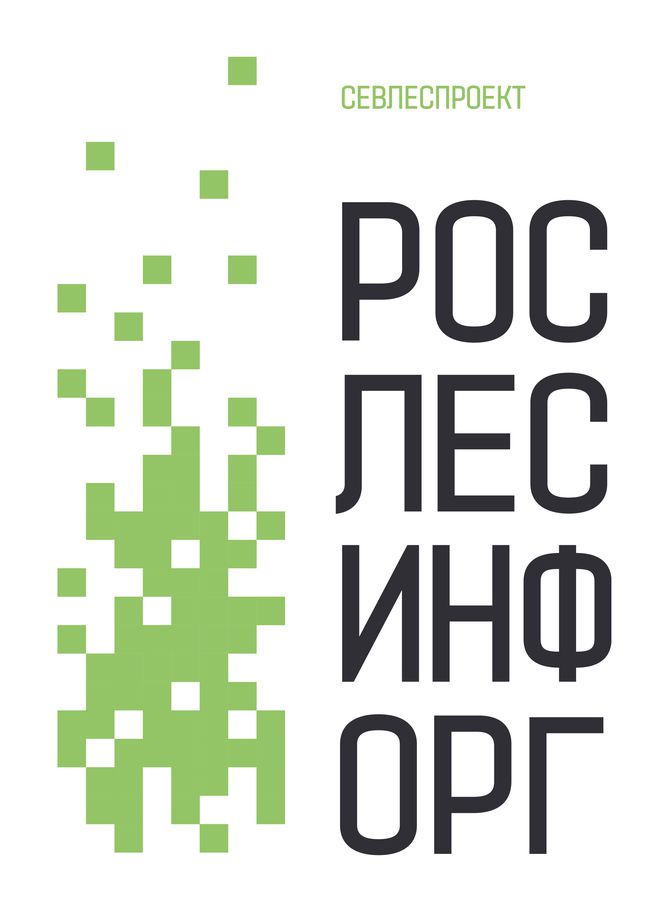