Photo of the Year

Photo story of the year: “Save the forest with fire”

For tens of thousands of years, Australia’s indigenous peoples have deliberately burned the earth to protect the environment. In this practice, known as “cold burning”, the fire spreads slowly, burning only the undergrowth, and also removes the accumulation of fuel that “feeds” the largest fire. As a result, this traditional burning practice prevents larger and more devastating fires from occurring during the hot, dry months of the year.

Nawarddeken, one of the indigenous peoples of the West Arnhem Land region of northern Australia, sees fire as a way to rejuvenate the soil, as a tool for agriculture in an area of ​​1.39 million hectares. Australians combine traditional knowledge with modern technologies such as aerial combustion and digital mapping to prevent forest fires. The goal of this complex technique is to reduce the amount of carbon dioxide, one of the causes of global warming.

Photographer Matthew Abbott is an Australian who once lived in the West Arnhem Land area and was adopted by a local tribe. He believes that due to the climate crisis and the large forest fires of recent years, it is very important to share the experience of the people of Navardken in solving the problems of forest fires. 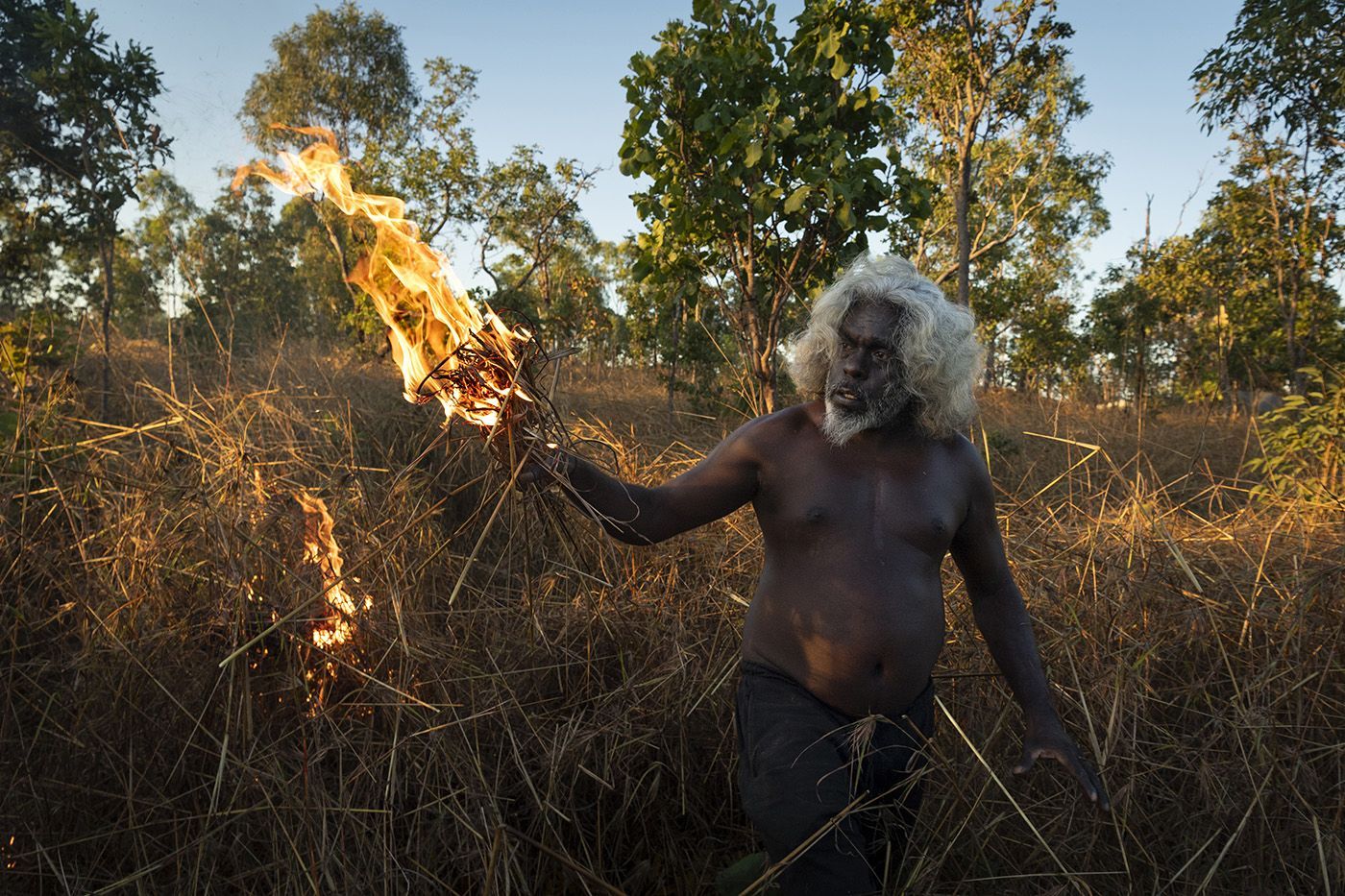 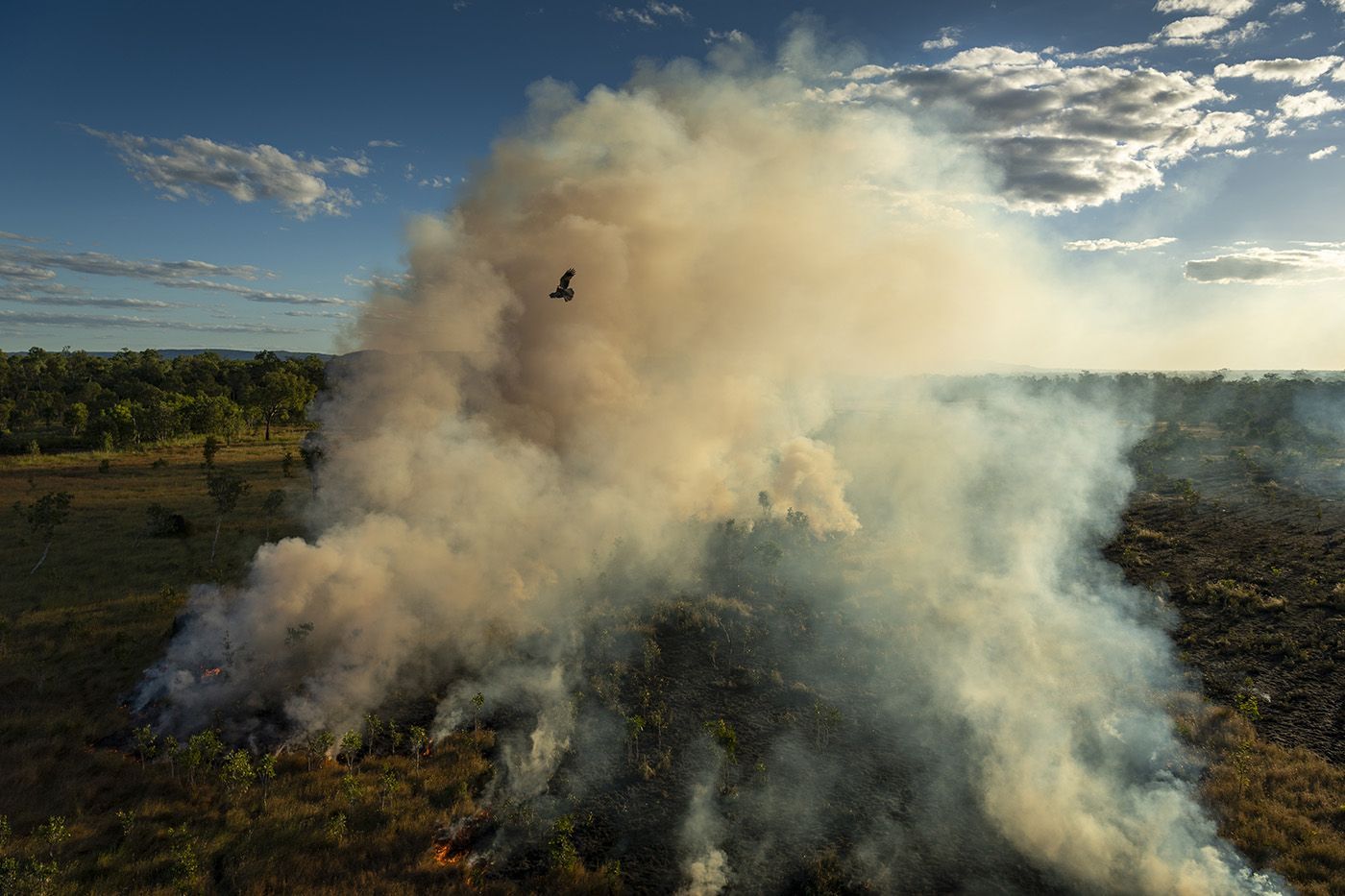 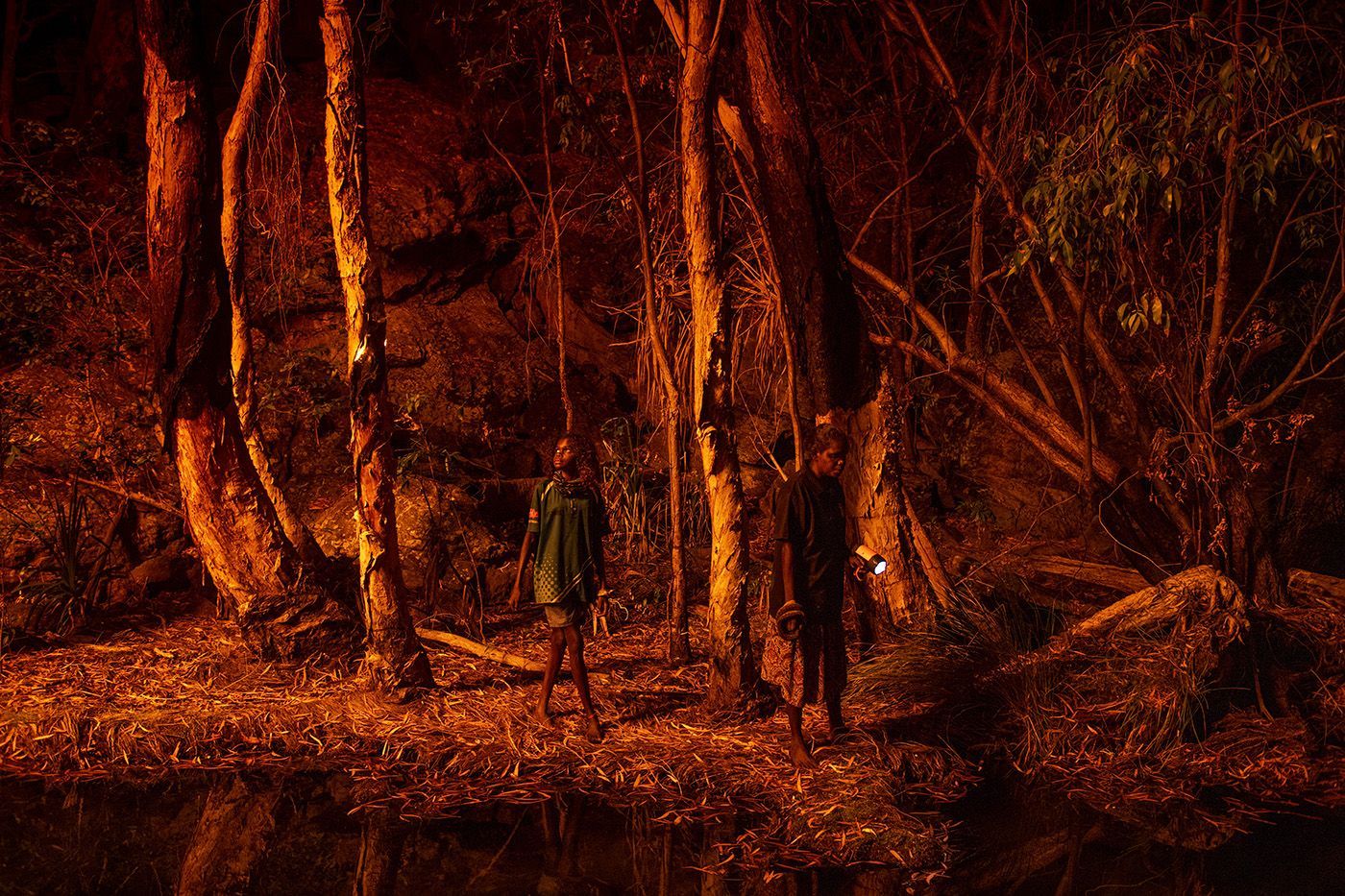 A group of elderly women from the Narvarddeken people hunt turtles with improvised devices in floodplains near Gunbalanya, Arnhem Land, Australia. They spent a whole day trying to find only two turtles, which are considered a popular delicacy. The grass will soon be set on fire to facilitate the hunting process. Photo: Matthew Abbott / World Press Photo 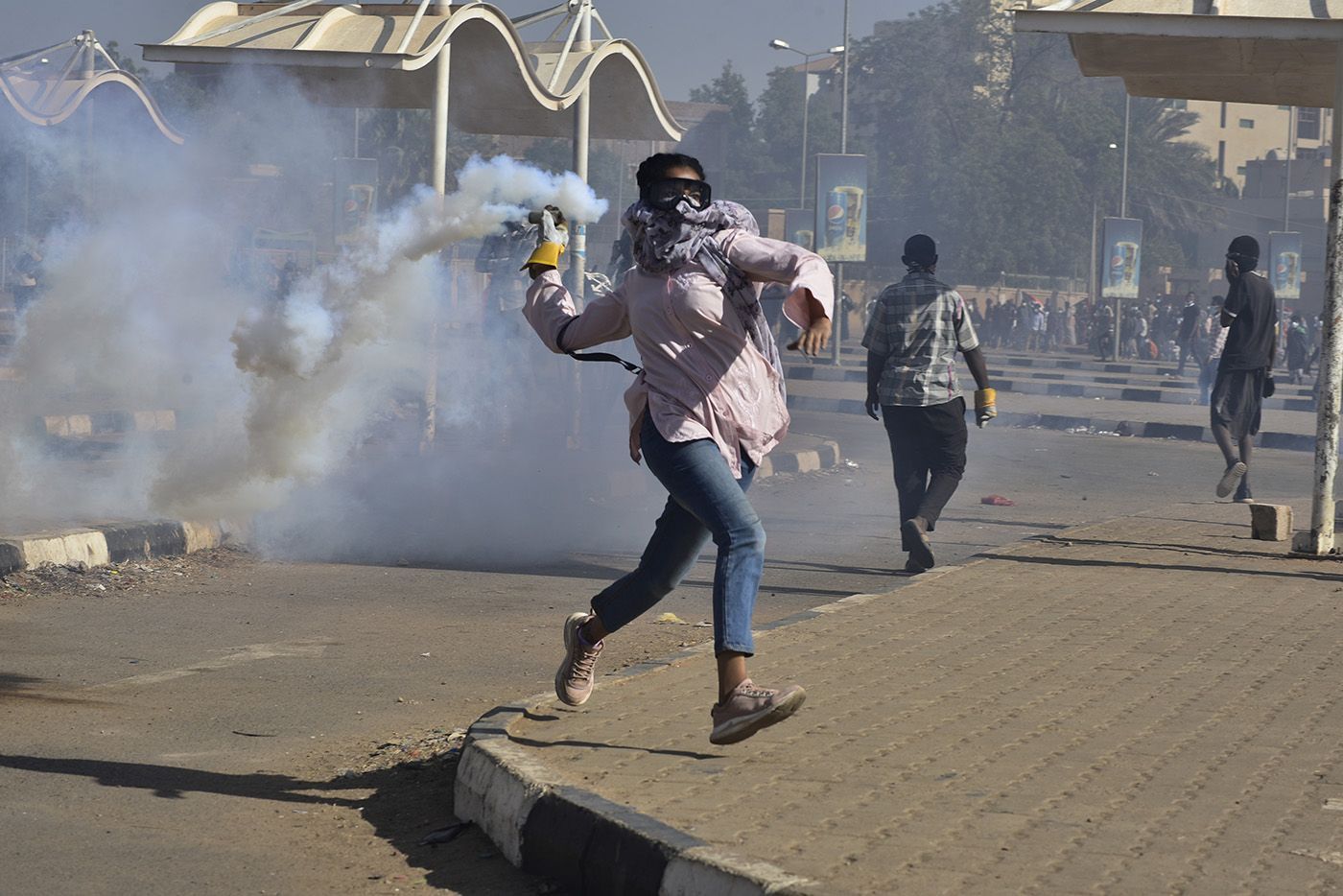 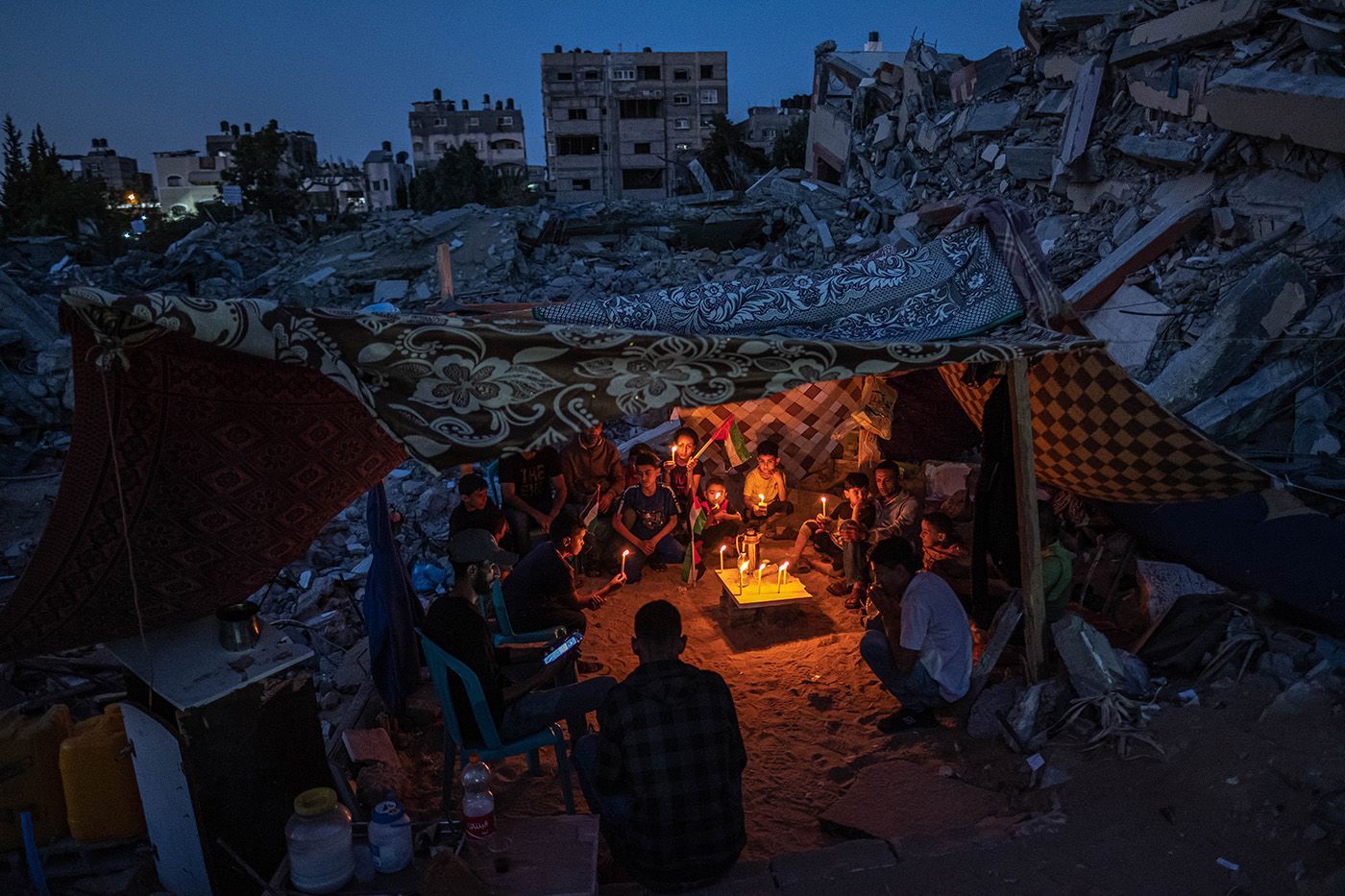 Palestinian children with candles in Beit Lahia in the Gaza Strip in Palestine after protesting against the attacks in the Gaza Strip, during a ceasefire after an 11-day conflict between Israel and Hamas Photo: Fatima Shbair / World Press Photo 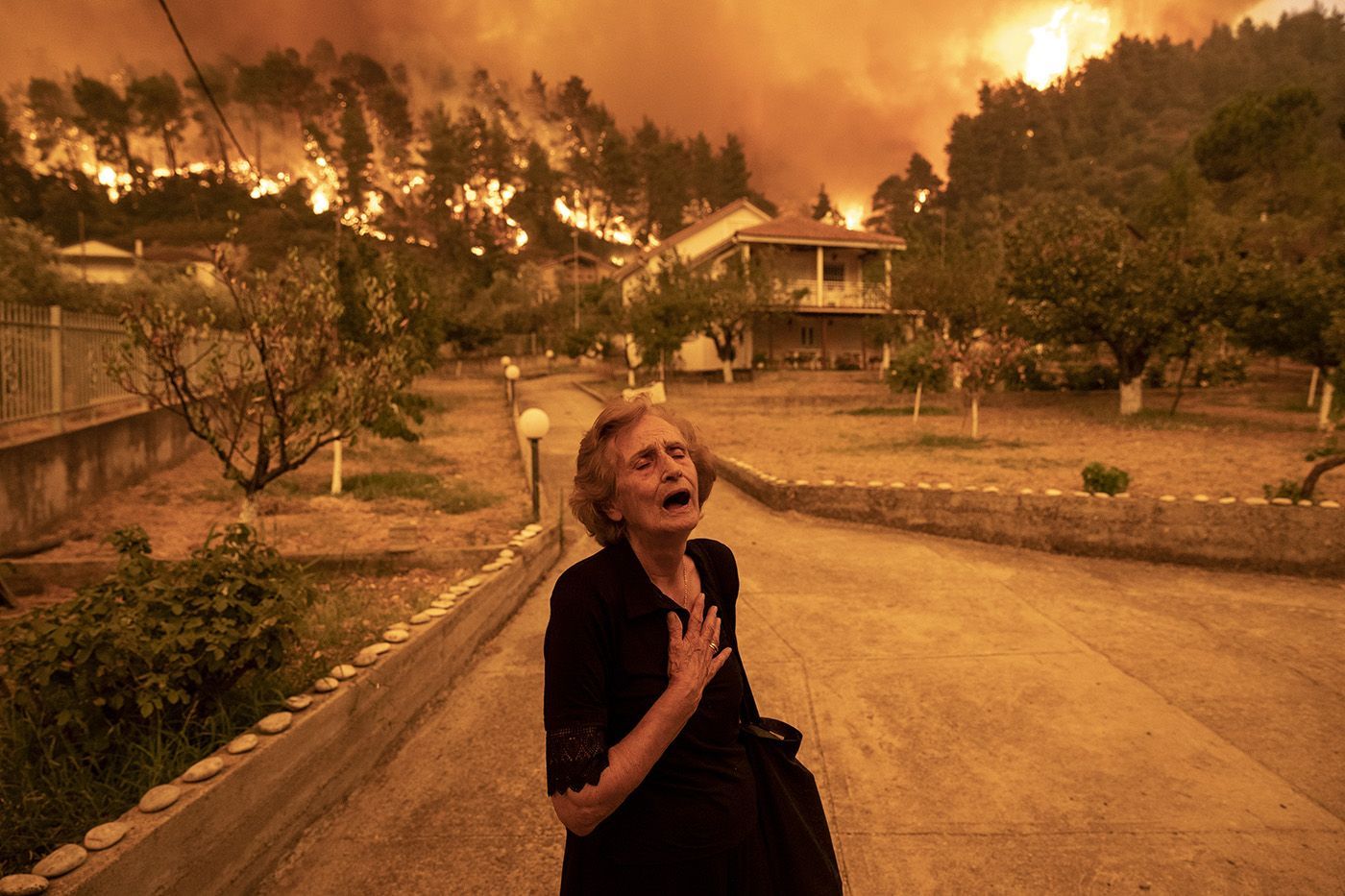 Panagiona Kritsiopi cries as a fire approaches her house in the village of Gouves on the island of Evia in Greece Photo: Konstantinos Tsakalidis / World Press Photo 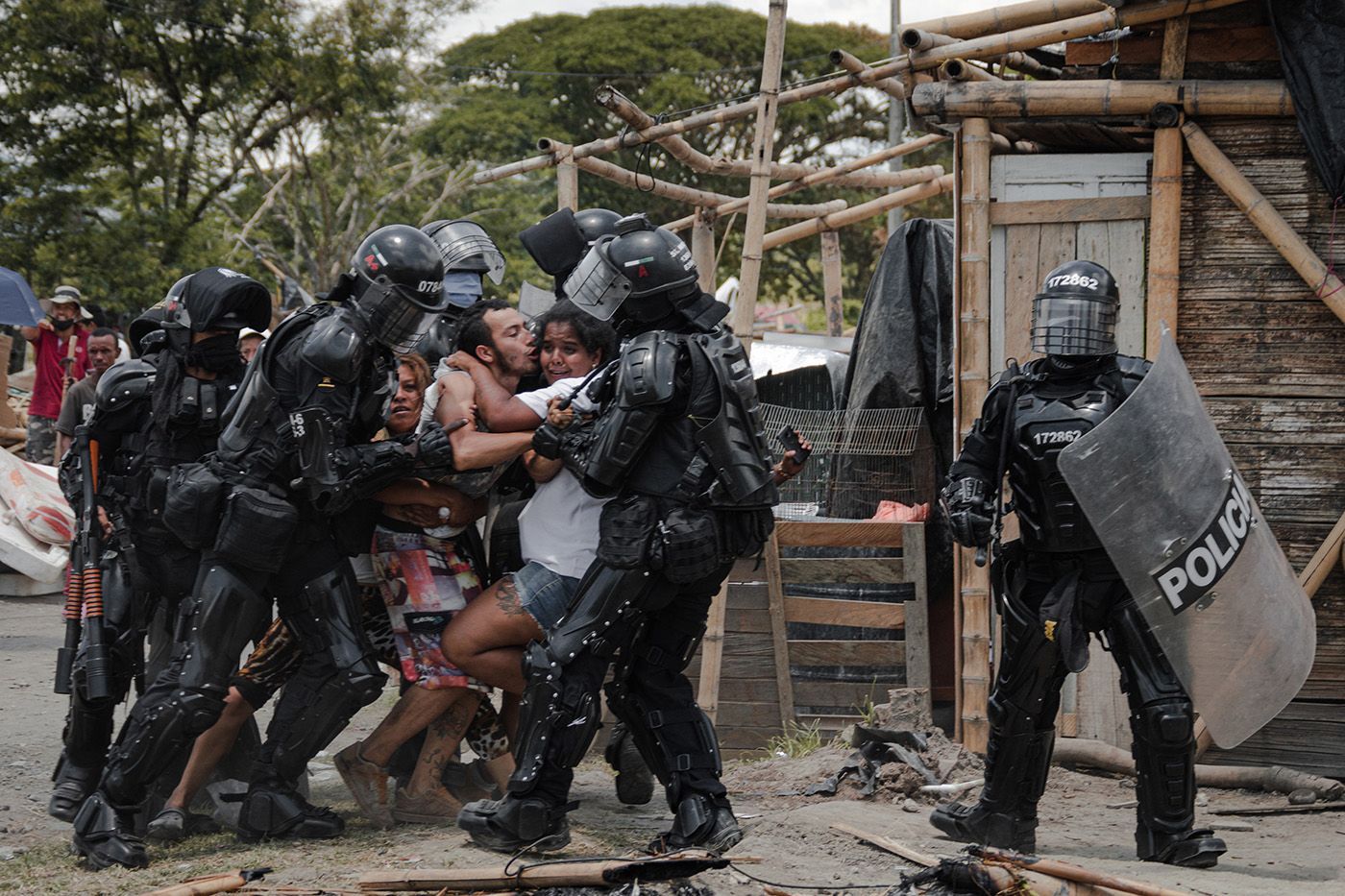 Police arrest a man as his wife and family retaliate as people are evicted from the San Isidro settlement in Puerto Caldas, Risaralda, Colombia. Photo: Vladimir Encina / World Press Photo 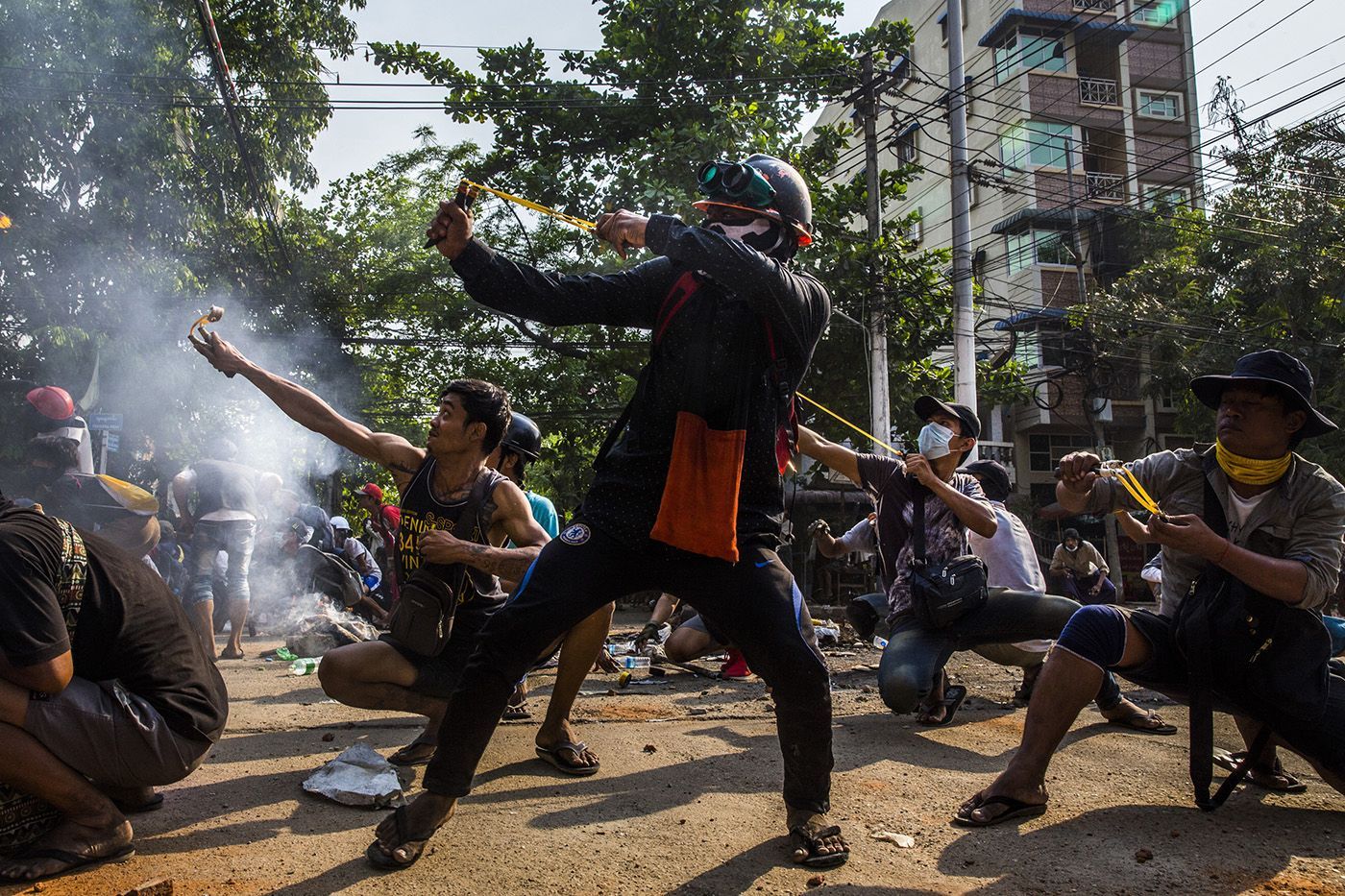 The project involved 50-year-old Minya and Tatiana, a couple with Down syndrome who live in the social village of Svetlana near St. Petersburg. Photographer Marie Gelman traveled to the village and stayed there for a few days every two months since 2016. Gelman says it has become part of her life. Teach Tatiana how to take pictures – Tatiana herself took the Polaroid photos 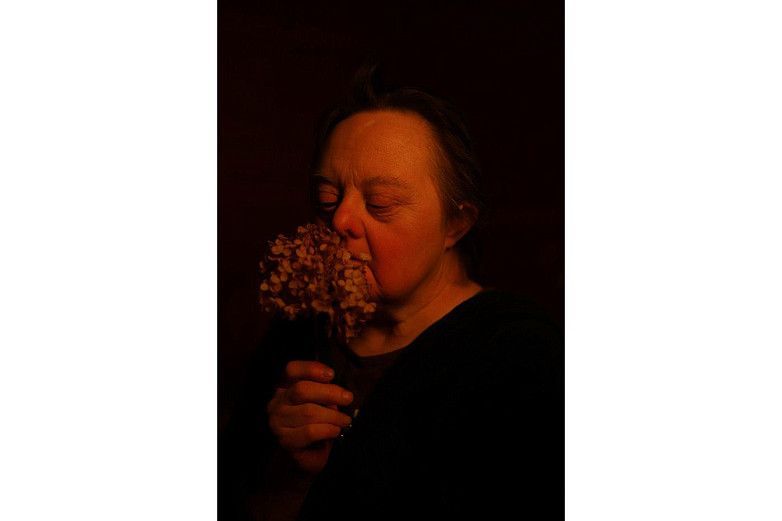 Tatiana enjoys the scents of a bouquet of flowers. Tatiana is the most independent resident of the village of Svetlana with Down syndrome Photo: Mary Gelman / World Press Photo 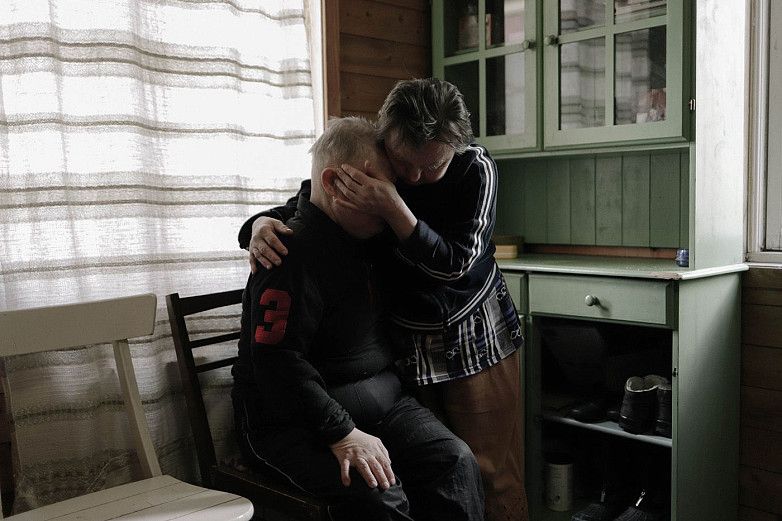 Tatiana comforts Minya in their room as she reminisces about his mother’s death Photo: Mary Gelman / World Press Photo 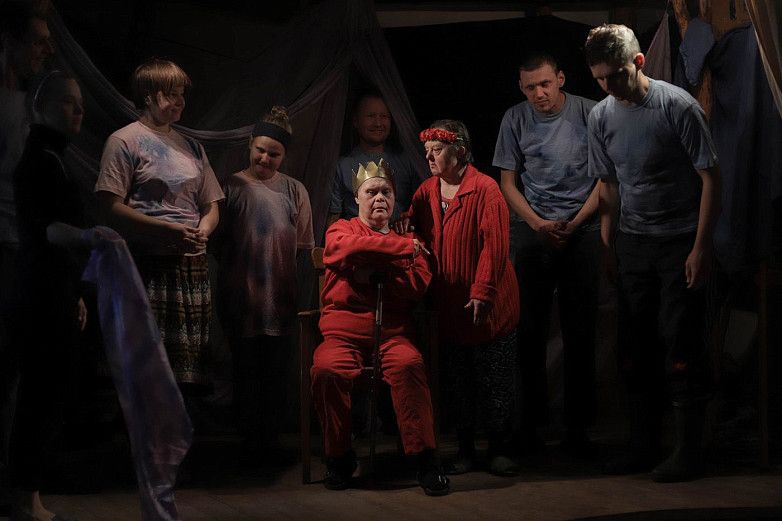 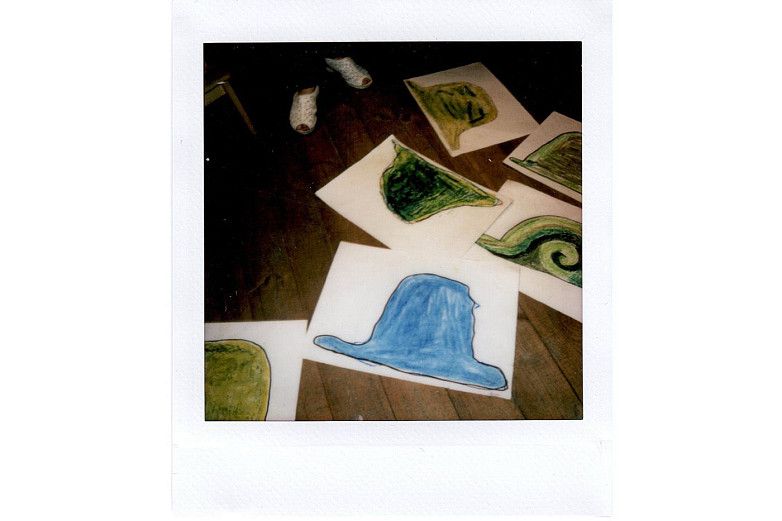 The plans made by the inhabitants of Svetlana for the production of the Little Prince. The photo was taken by Tatiana Photo: Mary Gelman / World Press Photo 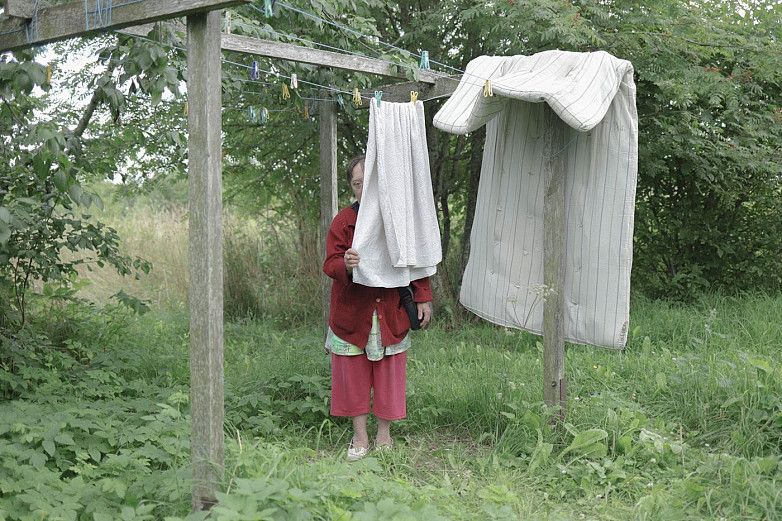 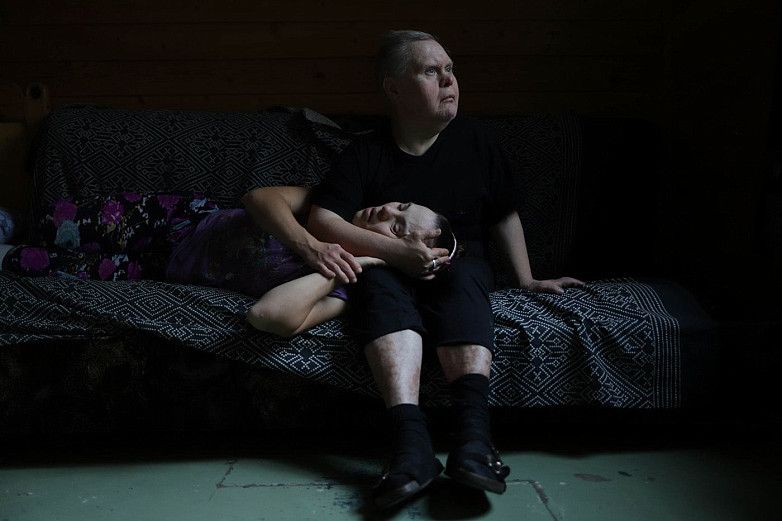 Minya hugs Natasha, whom he considers one of her best friends. Minya and Tatyana call her their sister. The feeling of home and family is very important to them. Photo: Mary Gelman / World Press Photo 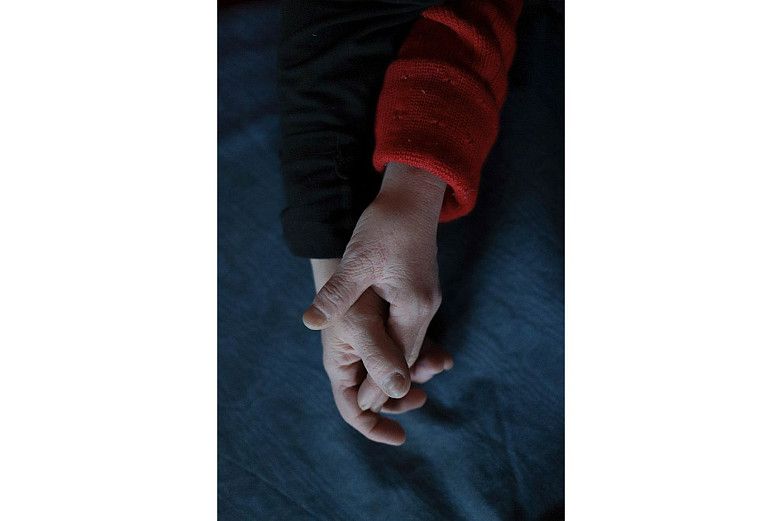 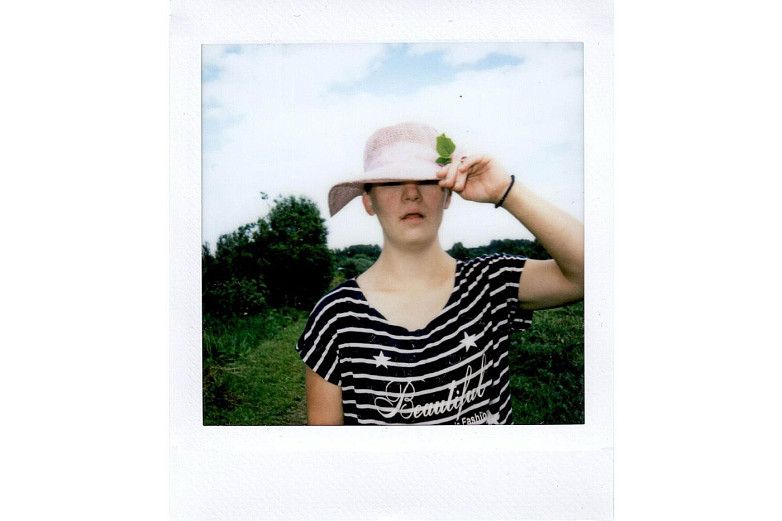 More photos of the winners of World Press Photo 2022 can be seen on the official website of the contest.