The Children’s Art School will open a new creative workshop next academic year: here children will be able to study fine arts, take part in plein airs, attend creative meetings with famous local artists and exhibitions. This project was supported by the Presidential Fund for Cultural Initiatives in the amount of 1 million 935 thousand rubles and will be implemented jointly with the Department of Culture and Recreation of the Ulyanovsk Administration, the Central Library System of the city and the Volzhanka Children’s Camp.

– The idea of ​​creating a creative workshop “The Crowns of Simbirsk-Ulyanovsk” has existed for a long time. As our compatriot, poet and collector of folklore of the peoples of the Volga region said. Oznobshin, in Simbirsk-Ulyanovsk there are three crowns that characterize it and distinguish it from the variety of other cities. The first crown is spiritual, associated with the prominent personalities of our city, the second is architectural and the third is a unique natural crown. This idea was the basis for the creation of a creative workshop, determining the direction of his work “, said Anna Vilkova, director of the art school. 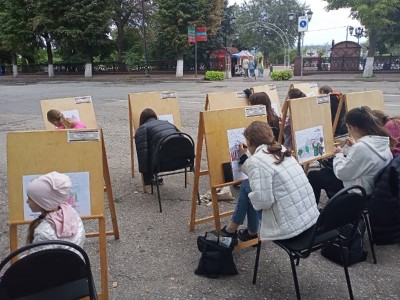 That is why, as part of the project, the children will study the works of famous artists, the unique architectural heritage of the city and will learn to depict the exceptional natural landscape of our area. For each of the “three crowns”, the Children’s Art School organizes a series of events that will help consolidate the love for the small homeland to children and adolescents.

For children aged 10 to 17 years, an educational program for the study of fine arts will begin, which will last from September 2022 to June 2023. Initially, children will attend theoretical lessons: lectures and conversations. In addition, creative meetings will be organized for them with famous artists from the Ulyanovsk region, who will share their experience with the younger generation.

– In creative meetings, the artists will talk about their difficult path, their activities in art, the style and theme of their paintings. They will also share their successes that have accumulated over the years of work. “First of all, we intend to organize meetings with friends and graduates of our school, who have achieved significant success and are flagships in the fine arts of our city”, said the director of the institution.

Honorary guests are expected to be the People’s Artist of Russia, awarded the AA Plastov International Prize Arkady Egutkin, honorary architect and member of the Union of Artists of Russia Lev Netsvetaev, winner of the Pushkin Medal, honorary academician and academician. All of them are former students of the Ulyanovsk Children’s Art School.

“We are cooperating with the regional branch of the Union of Artists of Russia and in the future, in the development plans of the project, we would like to create archival material for every citizen of Ulyanovsk who is a member of this public organization.” announced Anna Vilkova.

After studying the theory, the young artists will have a series of sketching trips: walking the streets of our city, they will be told interesting points for the creation of architectural monuments, for their authors. In addition, children will learn to depict objects seen during such trips on a piece of paper.

– We will have a regional plein air, which will be attended not only by children from Ulyanovsk, but also from the whole region. Participants will reflect the nature around us. “Based on the results of the competition and the training, an on-site training session is planned in May as part of the partnership with the Volzhanka Children’s Health Camp,” said the head of the school. 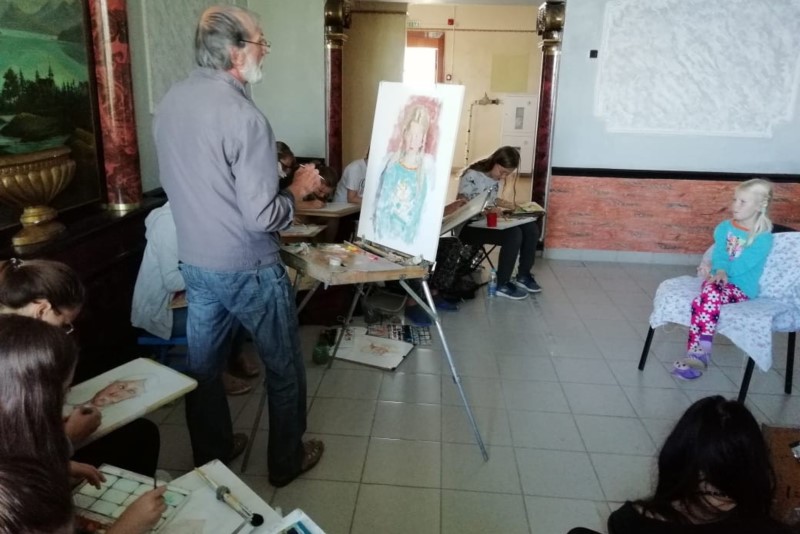 During the shift, the children will take part in intensive master classes, plein airs, sand animation and animation. The final touch of the work will be an exhibition with the best images made during the training and archival material for the work of the artists. In addition, to celebrate the 375th anniversary of Ulyanovsk, the Children’s Art School will prepare a thematic exhibition and presentation.

To organize such a huge project, the Children’s Art School will purchase equipment at the expense of the Presidential Fund for Cultural Initiatives. New laptops and furniture will appear in the creative workshop “Ventsy Simbirsk-Ulyanovsk”, which will provide comfortable conditions for the first stage of training. To preserve the memory of the creative meetings and the paintings themselves, they will also buy a camera. You will also need tablets and folding chairs for plein airs: during the excursions, you can draw a sketch of an architectural object or nature at any time. We also envisaged the purchase of frames for exhibition works. The implementation of this part of the project will start on the 1st of August.

“I believe that the project will arouse the interest of children and we will be happy to see in our classrooms the children of our school, but also all those who love the fine arts, love the study of our heritage, who would like to prove themselves in a research project” , concluded Anna Vilkova.