Do not confuse the Honor X8 with the Honor 8X smartphone, which was released in 2018. Now “X” ahead – by analogy with the Honor MagicBook X14 and X15 laptops. Coincidentally or not, these laptops are the most affordable in Honor’s portfolio. In the review of Hi-Tech Mail.ru, we called them even the best among all the “magic books”. How is this possible – see here.

Returning to the Honor X8: the smartphone opens the X series of affordable models. This is a slim, lightweight device that weighs just 177 g, which is mediocre for a 6.7-inch screen diagonal. Do not be afraid of inches: the frameless screen on three sides and capable ergonomics allow you to hold the Honor X8 with confidence in one hand.

The back cover and rim are made of plastic, but they are not cheap. Behind glass and metal – in the Honor 50. By the way, the affordable flagship has not even risen in price, pay attention.

Of all the colors, we advise you to get silver with subtle shades – as in the photo. First, it is beautiful. And unisex. Second, matte finish: does not slip on the hands, does not pick up prints, does not need a cover. There are also classic black and blue models, they are already glossy and pick up a lot of dust and stains. Maybe these colors are a hidden Easter egg from Honor: the same shades were on the Honor 8X.

The fingerprint scanner combines with the lock button and surprises with speed. And you do not need to press the screen and buttons to “wake up” the Honor X8 and then unlock it. Even in sleep mode, the scanner is on alert: touch – the smartphone is unlocked immediately. For convenience, there is a face unlock.

Economic models are not always so smart. The speaker is monaural and loud, there is an audio jack for wired headphones and earphones. It is still important for many, although Honor has affordable TWS headphones with active noise cancellation and a price of up to 5,000 rubles. The drive is hybrid, you can install two Nano SIM cards at the same time.

Pleasant to the eye. anyway

The Honor X8 screen makes the most of the available space. 93.6% of usable area – not every flagship can boast. It’s like holding a screen in your hand: the frames around the edges are only 1.1 mm. 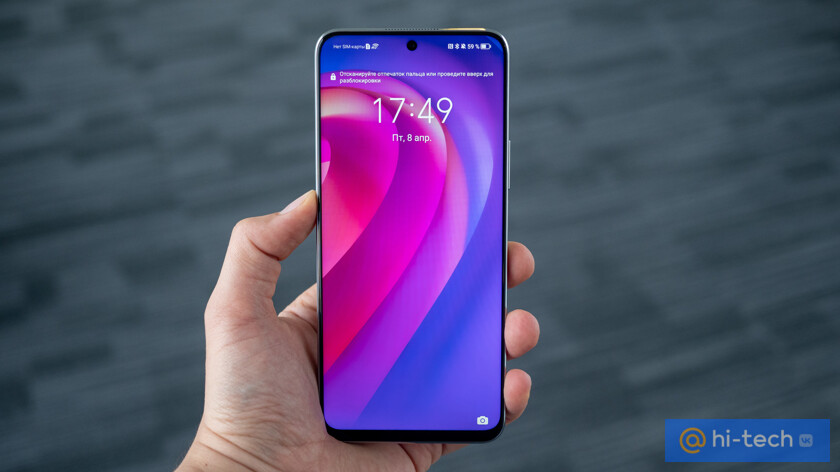 The feeling of airiness does not go away on the second, fifth, tenth day. What is very important: the Honor X8 is not boring. Front wow-effect, turned – nice flashes back. In the age of the same “bricks” it is something rare.

The Honor X8 received an IPS matrix that is calm to the eyes. OLED is making the rounds of the planet, this kind of screen is already in “budget”. And in terms of contrast, IPS really loses: black is not so deep, there is no Always-On Display function. But the problem with budget OLEDs is the high PWM, ie flicker in low light, which hurts the eyes and head. 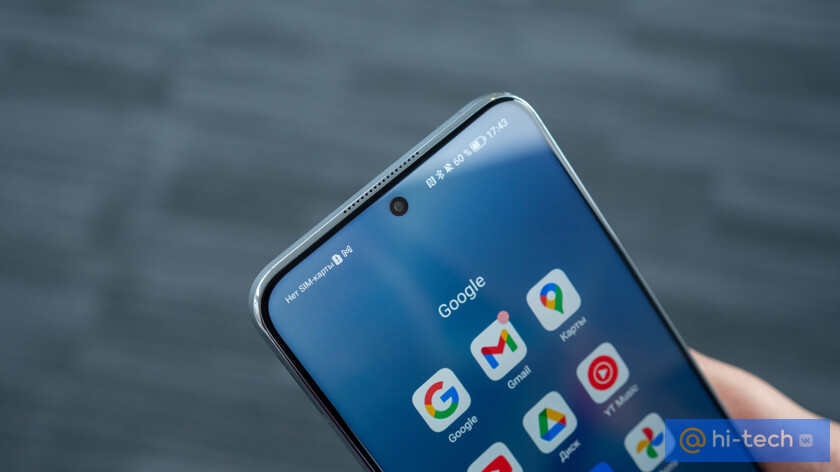 There is no such problem here. The colors are saturated, of course – ideal for image editing and watching videos, photos. The brightness is enough on a sunny day. Let’s lag behind OLED. The refresh rate of 90 Hz makes the image visually smoother, pleasing to the eye. The board has no curved edges, which is also important: it is convenient to control the gestures, the glass does not shine on the edges. Eye protection functions reduce exposure to harmful radiation – also an advantage.

In general, the Honor X8 screen does not break records, but this is not necessary here. High quality matrix, smooth operation and respect for your eyes – this is what matters.

The Qualcomm Snapdragon 680 processor is responsible for the performance of the Honor X8. Eight cores, the key video accelerator Adreno 610 – we’ve seen it all more than once. A feature is the 6 nanometer process technology, which has a positive impact on energy consumption. The smartphone is fast and at the same time does not spend much “effort” at work. 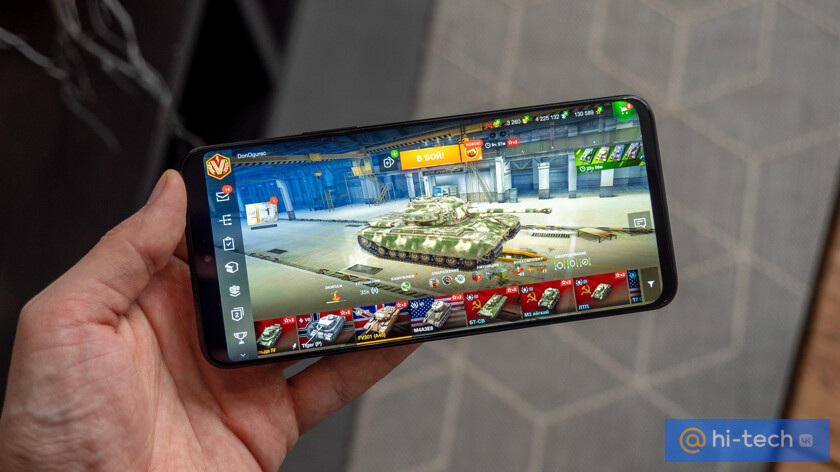 Honor X8 lets you play games without requirements. Ή demanding, but in medium graphics settings. For example, in WoT: Blitz we got 35-50 FPS. And this with double smoothing. The PUBG averaged 40 FPS. At the same time, the heating is hardly noticeable and in general, everything is fine with the throttle on the Honor X8: it either does not show up or starts after 15-20 minutes of hard load. This is only in games.

The amount of RAM also affects performance. The longer it is, the faster the applications open and the more programs are kept in the background. The Honor X8 claims 6 GB, but the “secret” RAM expansion technology “removes” 2 GB from the drive and adds them to RAM. Total – 8 GB, as in the flagships.

The developers claim that the smartphone “holds” up to 20 open applications in memory. It all depends on their size. We started 11 not the easiest applications (Google Play, Yandex.Maps, Gmail, VK and others) – indeed, none of them crashed, you could go back to any and continue from where you disabled the program. That is, there will be no such thing: they threw a route on the map, they were detached from the Telegram – the route flew. It is strange to talk about this 2022, but even flagships sin with “self-cleansing”. There is 128 GB of permanent memory, so 2 GB will not be reduced.

Another advantage of the Honor X8 is the distinctive Honor App Market. Users have an alternative, especially if something happens on Google Play. And for the millionth time we repeat: Google services are installed and running on Honor smartphones. Also, the device is equipped with NFC, by default there is Mir Pay – you can pay in stores with Mir cards. Android is full of alternatives.

4000 mAh and an energetic IPS screen could have cooled our heat. However, here the Honor X8, paradoxically, proved worthy. The 6nm processor helped, as well as the proper allocation of resources in the Magic UI 4.2 shell. The smartphone lives with confidence for 2 days, the day is a completely normal scenario. Even in our single test, when the smartphone rotates 1080p video, the Honor X8 lasted 8.5 hours, which is a good result for a device with an IPS matrix. You can count on 6-7 screen hours.

In terms of charging speed, the Honor X8 does not break patterns: 22.5 W – now “civil servants” deliver much more power. A complete cycle lasts about 1.5 hours. Adapter and charging cable included. We are used to the fact that you have to buy a charger for flagships. But the realme is already “cutting” the kit in the part of the budget. The price holds for the time being.

The camera on the Honor X8 is for connoisseurs of minimalism. Without unnecessary strays and functions: launch, aim and take good quality photos. Or shoot a video in Full HD at 30 fps – 4K or 60 fps does not capture the processor. And who needs it if you are not going to make movies and watch 4K TV? 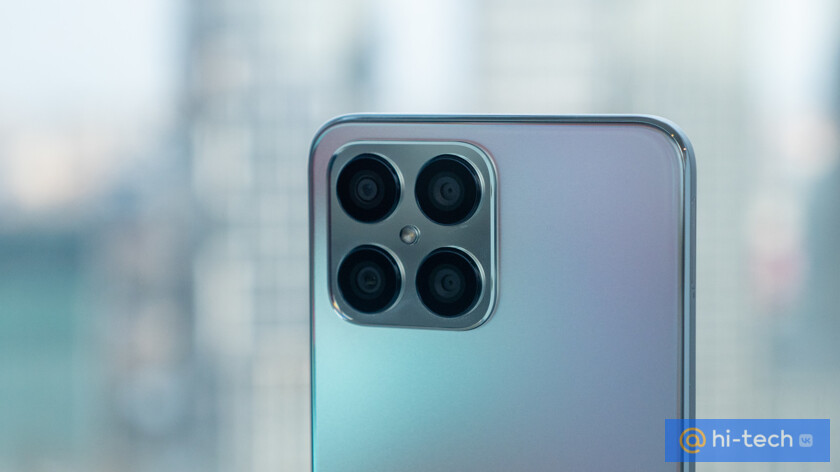 With the number of lenses, it is easy to guess that there are 4 units. In 90% of cases, you will shoot the main one. It has a resolution of 64 megapixels – and in this quality you can really take pictures. For example, landscapes. And then look at every detail.

It was shot on the Honor X8. Scroll through the collection

By default, the camera stores 16 megapixel frames. Detail, dynamic range – typical for this section. Night mode helps in the dark. It does not just help, it saves: the difference with and without it is significant. 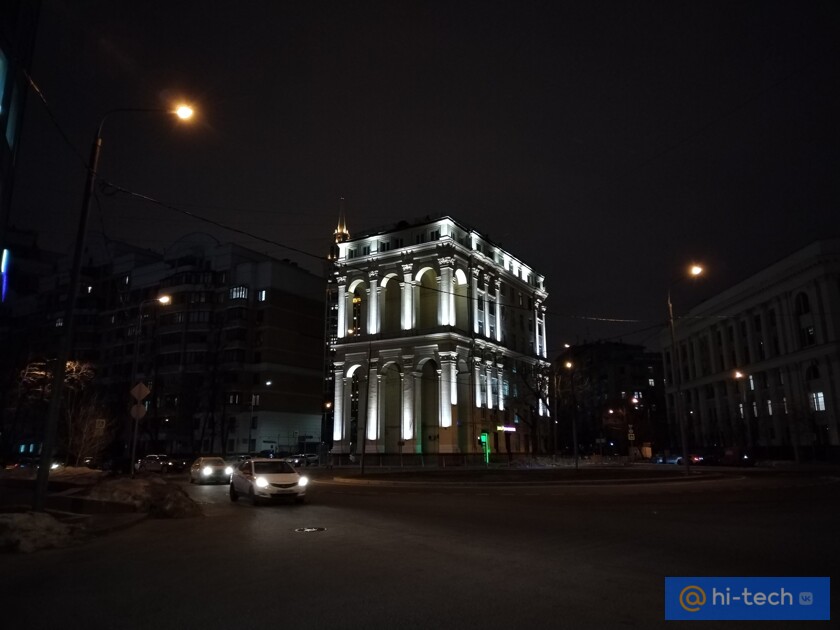 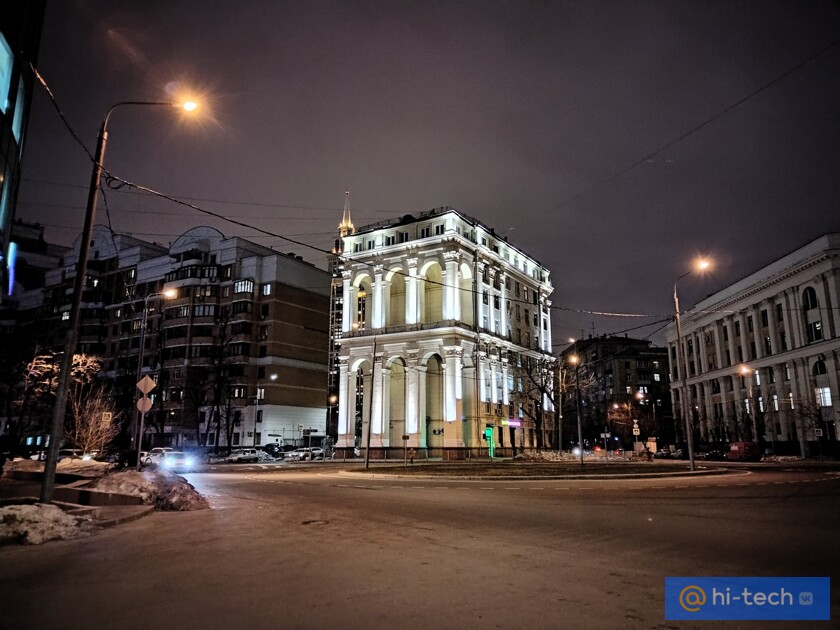 In another 9% of cases, you will shoot with an extremely wide unit. It captures much more than the basic, but it shoots even worse. In the dark it is better not to turn it on. During the day it is fine. The remaining 1% can be used to capture macros (but there are only 2 megapixels and there is no autofocus) and the depth sensor helps to blur the background in portraits. If there is enough light, then the portraits are beautiful. In general, as you can see, the Honor X8 camera loves light. 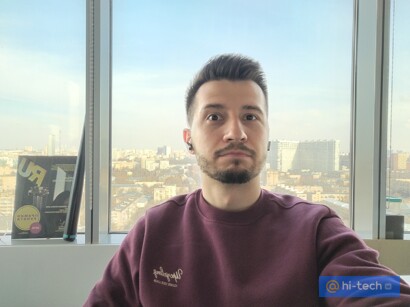 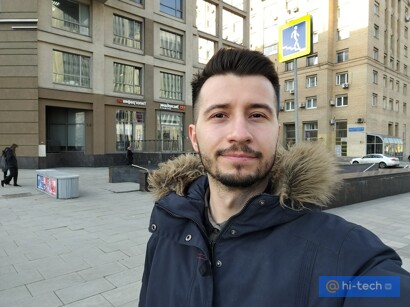 The resolution of the front camera is 16 megapixels, it also captures 1080p video and portraits. In addition, HDR portraits: if you take a selfie near the window, you will see both your face and the details outside the window. Unfortunately, night mode does not work here.

Buyers’ interest is now shifting to the budget segment, so the Honor X8 will be useful (in Russia, the smartphone sells for 27,990 rubles). On premium smartphones, you can sacrifice, for example, an audio jack for a cool camera. Alternatively, remove the second physical SIM in favor of an eSIM. While the available devices must be balanced. And the Honor X8 has everything you need, but without the surplus, for which you have to pay too much and then never use it.

Look at the Honor X8 from all sides – navigate the collection

Many on the big screen even work – here 6.7 inches with a refresh rate of 90 Hz. The performance is enough for games, not to mention the VK feed and YouTube view. The 64 megapixel camera is enough to share photos and videos with friends later. And the little things: two SIM cards, one audio jack, one big battery – all the essentials for communication and content consumption shut down the Honor X8.