– It is very difficult when you do not have relations with European countries. This is a problem. My country has been under sanctions for 30-40 years, I can not say how many years, but what you can do. There is nothing we can do about it, life goes on words of Serdar Azmoun’s agent Mehdi Hagitali.

In the second half of the 20th century, football fell in love with Iran. This is the first team sport to gain immense popularity in a country where before that everyone was only involved in wrestling. This fact is clear from the medals of Iran in the Summer Olympics. There are 76 in total:

Football became the main entertainment in the country and then managed to survive not only under international sanctions, but also under severe pressure from the regime, which at first was strongly opposed to football. At the same time, the Iranian national team now regularly enters the World Cup, enters the playoffs of the Asian Cup and is 15 lines higher than Russia in the FIFA rankings. How is this possible? 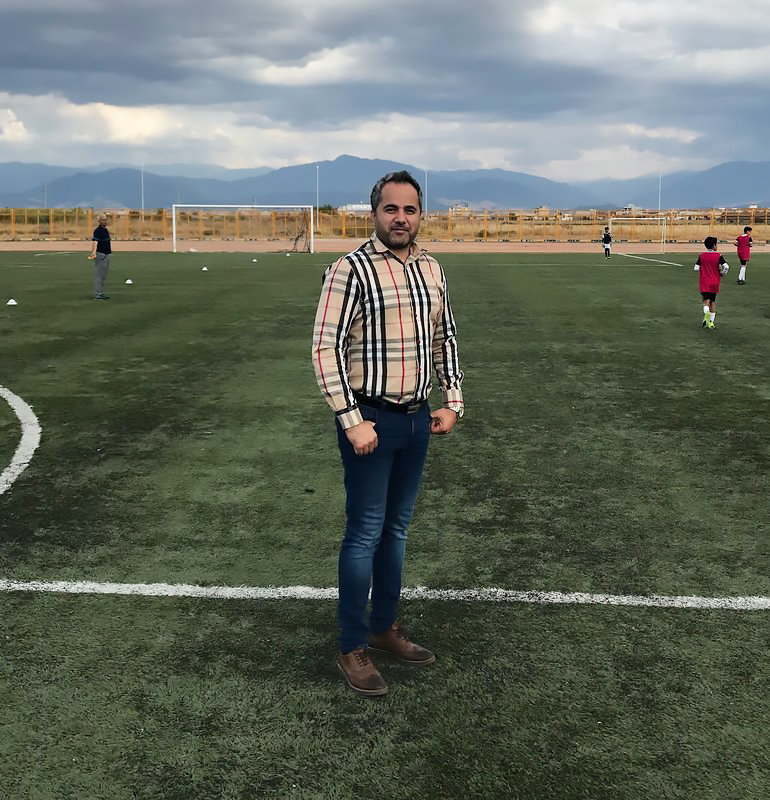 After the 1979 Islamic Revolution, the country fell under the first sanctions and a year later the war with Iraq began, which strengthened the sanctions. The peculiarity of the situation in Iran is that football was initially under serious pressure from both the establishment of the new regime and its supporters. The new government saw the game as part of the hostile Western culture and legacy of Westernization carried out by the ousted Pahlavi regime. These events are described in detail by Boston University professor Houchang Chebabi in the article “Political History of Football in Iran”:

“The training camp of the national team is a betrayal of the people.” With such slogans, the protesters marched near the gathering place of the national football team that was preparing for the Asian Games. They opposed the existence of the national team. A message released by an Islamic propaganda organization: “Wouldn’t it be better, instead of fooling around like the British and the Americans, for the players to hang out with their brothers in our villages, where the most basic amenities are missing? “Were all our political, economic and cultural problems solved in order to turn to sports?”, The researcher mentions the slogans of that time.

After the match between the two main teams of the country, Esteghlal and Persepolis, which was watched by more than 100,000 spectators, the Iranian prime minister expressed his official position: “The cult of the popularity of football is the legacy of imperialism.” But the authorities did not dare to ban football – one of the few recreational activities available to the majority of the country’s population. There were fears that this could lead to protests of alarming proportions. 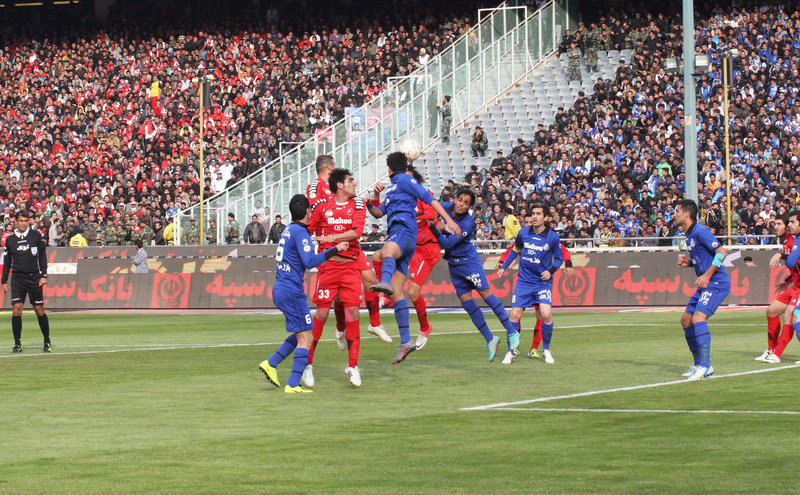 But even without a complete ban, Iranian football was almost completely destroyed. During the revolution, some of the national team players left the country and refused to play for the national team. The championship was not held and the clubs were banned from playing in international tournaments. In fact, all professional football has been dead for a decade. But the game’s popularity helped revive it and force the authorities to make concessions.

– I do not know how to explain this phenomenon, but our interest in football is really huge. Children, adults, the elderly everywhere talk about football. The game helps. It is very important that Iran is regularly selected for the World Cup and plays in the playoffs of the Asian Cup. It also maintains the interest at the highest level “, says Haigitalis.

Gradually, the Iranian regime realized that football should not be oppressed. People have hobbies, so there is less dissatisfaction with life and protest moods. Yes, gathering people around the Western game is unpleasant, but insightful with proper control. After a 10-year hiatus, the Iranian league resumed in 1989 and football gradually began to recover.

The unspeakable compromise between the authorities and the population was that the state did not ban football, but took it under its control: it nationalized clubs (some of which were renamed “rightly motivated”), almost completely eliminating the possibility of private investment. For example, the two main clubs “Persepolis” – the club of the Ministry of Industry and “Esteglal” – physical education. Someone started supporting the city’s main business – a tractor factory or an oil company – and got a corresponding renaming.

– Now almost all Iranian football is under the influence of the state. “There is practically no private money”, confirms Hagitalis. 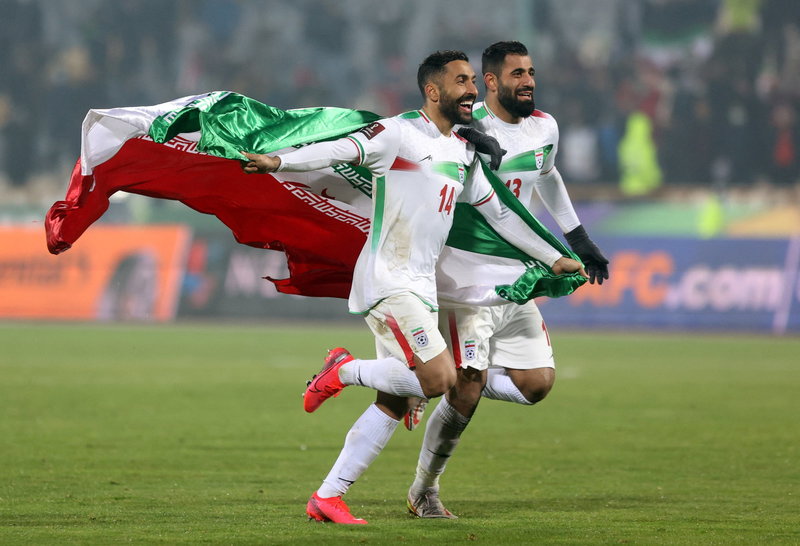 Broadcasts of TV matches (including European ones) have resumed, provided there is no lust for them (meaning footage of international matches). Girls in Iran were banned from visiting stadiums, but in recent years this ban has been gradually lifted.

– Opportunities for watching football remained. Some tournaments are shown on TV, some we see on the Internet. “This is not a serious problem,” says Hagitali.

Gradually, football revived and learned to live in new realities. The exaggerations remained, for example, in 1997, the coach of the Iranian national team, Mayeli Kohan, did not invite the Iranians who played in the Bundesliga to the national team (“this is not patriotic”). But after the defeat, which threatened to pass the World Cup, people took to the streets to protest, this issue was discussed in parliament. As a result, the coach was fired, but Iran still qualified for the 1998 World Cup. In that tournament, Iran lost to Yugoslavia and Germany and even beat the United States.

“The football fever of the late 1990s undoubtedly contributed to the consolidation in Iran. Secular and religious Iranians, men and women, residents of the capital and provinces united in their support of the national team, the whole country watched with joy its struggles, writes researcher Huchang Chebabi. “The World Cup also helped to integrate Iran into the world community. It accelerated symbolically after the tournament, when the best Iranian players started playing for foreign football teams, mainly in Germany, where their predecessors stayed to live and start working. as agents “.

According to the official website of Iranvisitor, more than 50 million people are interested in football in the country. Now in a country with a population of 84 million, 56 stadiums with a capacity of 10+ thousand spectators have been built. This is despite the fact that Iran hosted the only major football event in its history in 1968 and 1976 (Asian Cup). 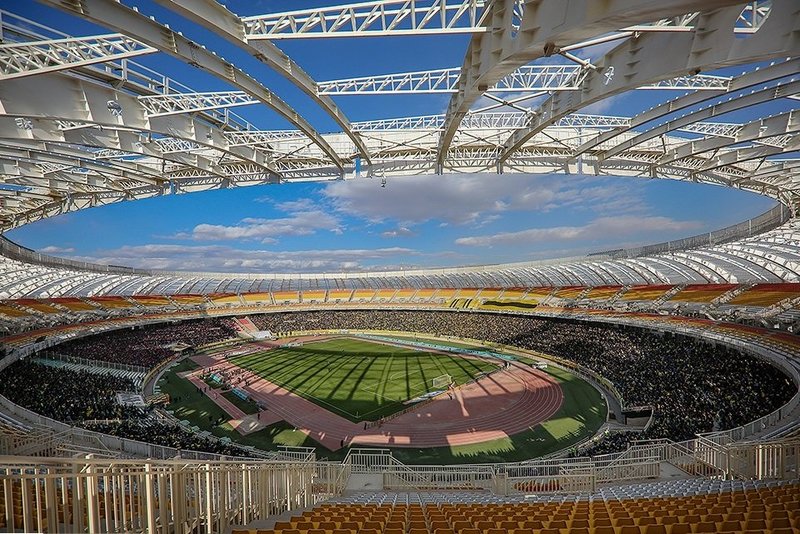 Many of the arenas were built in the 21st century despite isolation and financial problems. At the same time, the domestic league remains weak, it is impossible to develop it even with such a base of potential fans. This is simply not possible in a situation where clubs have almost no income other than public:

“It is very difficult to bring in foreigners in our league – players or coaches: there are a lot of problems, they are banal with transferring money for transfers and salaries,” says Hayitali. – Big problem for the Iranian Football Federation: it does not receive money from FIFA, which the organization pays in all countries except Iran. For example, cash prizes to teams or clubs for players to participate in international competitions. All accounts are blocked.

There are now 16 teams in the Iranian league and only 18 foreign players. As a rule, these are very mediocre performers, but sometimes it is possible to bring players with a name. For example, Ibai Gomez plays in the 4th team of the Fulad League (100+ games for Athletic). On the scale of the Iranian league, this is really a star, but basically the clubs are forced to rely on themselves.

“We have training centers – this provides a platform for initial development,” says Hagitali. – But it is better for young people to try to move to Europe as soon as possible. Of course, Iranian clubs try to do everything possible to keep them, no one wants to lose good players, but this must be done for their development. Do children need this? It all depends on the person and his character. Some of them like to leave and overcome difficulties, get used to the new, but some do not have enough patience for that. In general, it seems to me that most Iranian footballers have character, ability to withstand difficulties. 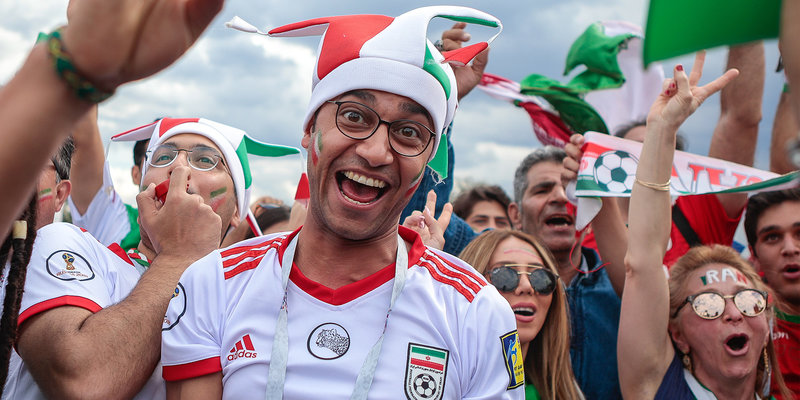 Thanks to its immense popularity, Iranian football has managed to survive. And the transfer of the best players to other countries has helped the national team gain a foothold in the top teams in Asia, where loyal selection allows you to participate regularly in the World Cup.

In the current national team of Iran, 18 out of 29 players represent foreign leagues and the rest are the two top clubs Esteghlal and Persepolis. They gather the best from all over the league and compete with each other (sometimes “Sepahan” intervenes), sometimes even reaching the Champions League of Asia. But the country has big problems with coaches and methods, so the national team and local leaders, as a rule, have foreign leaders.

– Conditions in Russian football are much better: stadiums, stadiums, bases. Iran does not have such opportunities. In my opinion, there are more technical players growing up in Iran than in Russia. Many of us kick the ball in the streets, in the yards, on bad ground and this develops individual skills. If they fall into the hands of good coaches and develop regularly, they can show very high productivity.

Do you think RPL will remain an attractive league for Iranians now?

Yes, Russia is a great opportunity for our players. They will gladly take the opportunity to play in the RPL if there is interest in them. No names, but, in my opinion, there are many players who would pull the level of the Russian league.

– Can you represent Russia in the Asian Confederation?

– Why not? I do not see major obstacles. This is definitely possible and depends to a large extent on you and your desire.