753 BC – It is considered the date of the founding of Rome by Romulus.

1812 – In Russia, the port of Petropavlovskaya on the Kamchatka Peninsula was declared a military port, Captain 1st Rank Rudakov was appointed head of Kamchatka.

1910 – The Marfo-Mariinsky Monastery opened in Moscow.

1917 – The Krasnoyarsk agricultural assembly in the Ishim district of Tobolsk Oblast forbade private owners to cut down the forest even on their own plots, as the forest is owned by all the people.

1931 – The first “Kovrovets” excavator was built at the Kovrov excavator factory (Vladimir region).

1932 – The USSR Pacific Fleet was created

1946 – After a long break, the divine services begin again in the Lavra Triada-Sergiou.

1954 – Accession of the USSR to UNESCO (United Nations Educational, Scientific and Cultural Organization).

1955 The North Pole-5 research station was organized under the leadership of NA Volkov and AL Sokolov.

1967 – The movie “Head of Chukotka” was released, directed by Vitaly Melnikov. Starring – Mikhail Kononov, Alexei Gribov and others.

2000 – The State Duma of Russia ratified the treaty on the complete cessation of nuclear tests. The Treaty extends unconditionally the restricted nuclear test regime introduced by the 1963 Treaty.

2005 Russia and NATO have signed an agreement on the status of forces. The agreement sets out liability for possible damage and also regulates other aspects related to the presence of military forces on foreign soil. The agreement was signed in Vilnius and defined the legal status of the armed forces of the alliance countries and the states participating in the Partnership for Peace program in the territory of the other.

Lodovico Carracci (1555-1619) – Italian painter, engraver and sculptor, one of the most brilliant representatives of the school of Bologna.

Alexandra Alekseevna Venetsianova (1816-1882) – the daughter of the painter Venetsyanov from his marriage to Marfa Afanasyevna Azaryeva. Artist, representative of the Venetsianov School of Art. Maximilian Carl Emil Weber (1864-1920) – German sociologist, historian, economist. Author of the book “The Protestant Ethic and the Spirit of Capitalism”.

Anthony Quinn (1915–2001) Mexican-American actor, writer, and artist. He became widely known for his role as the Greek Zorbas in the 1964 film of the same name by Michalis Kakogiannis.

Irina Nikolaevna Blokhina (1921 -1999) – Soviet and Russian physician, academician of the USSR Academy of Medical Sciences, awarded the USSR State Prize, head of the Gorky State University, director of the Gorky Research Institute and Institute of Research. Member of the Council of the Union of the Supreme Soviet of the USSR. Creator of the bacterial classification system.

Stanislav Iosifovich Rostotsky (1922–2001) is a Soviet director and actor. Popular artist of the USSR. Awarded with Lenin and two USSR State Prizes. Director of the films “He was in Penkovo”, “We will live until Monday”, “Dawns here are quiet 2”, “White Bim Black Ear” and another 100 years since his birth. 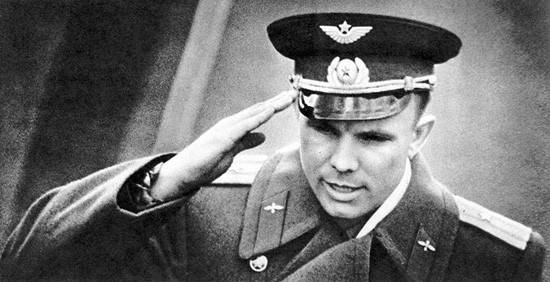