The opening of the Russia-Mongolia border has just arrived for the May holidays, and the tourist season there is just beginning in the last month of spring. The inhabitants of the Russian territories bordering Mongolia managed to miss the beauties and the original cuisine of Genghis Khan’s homeland. A resident of Buryatia, who was one of the first to go on a trip with her family to the Mongolian capital, Ulaanbaatar, told EastRussia about her impressions.

Elena Dasieva visited neighboring Mongolia for the first time as a child with her mother, now she went with her and already with her two sons – 11 and 13 years old. They were accompanied by a friend with a five-year-old daughter.

“Mongolia is a very special country. Drive through the steppe for hours and then once – the yurt is standing. This is how they live, graze sheep and their life is simple. “The Mongols really value space and nature,” says Elena.

She adds that she was very pleased with the friendly hospitable staff and the Russian-speaking social guide. Few of the Mongols speak Russian and English, mostly – only young people. But, in general, locals are accustomed to tourists and are happy to meet halfway when they understand what visitors are asking.

Elena and her companions remember visiting the statue of Genghis Khan. It is located about 50 km from Ulaanbaatar – on the banks of the Tuul River in Tsonzhin Boldog.

It is the largest monument of the Great Khan in Mongolia and the largest equestrian statue in the world. Its height is 40 meters plus a pedestal of ten meters. There you can dress in national costumes and take original photos. Both children and adults will appreciate it. 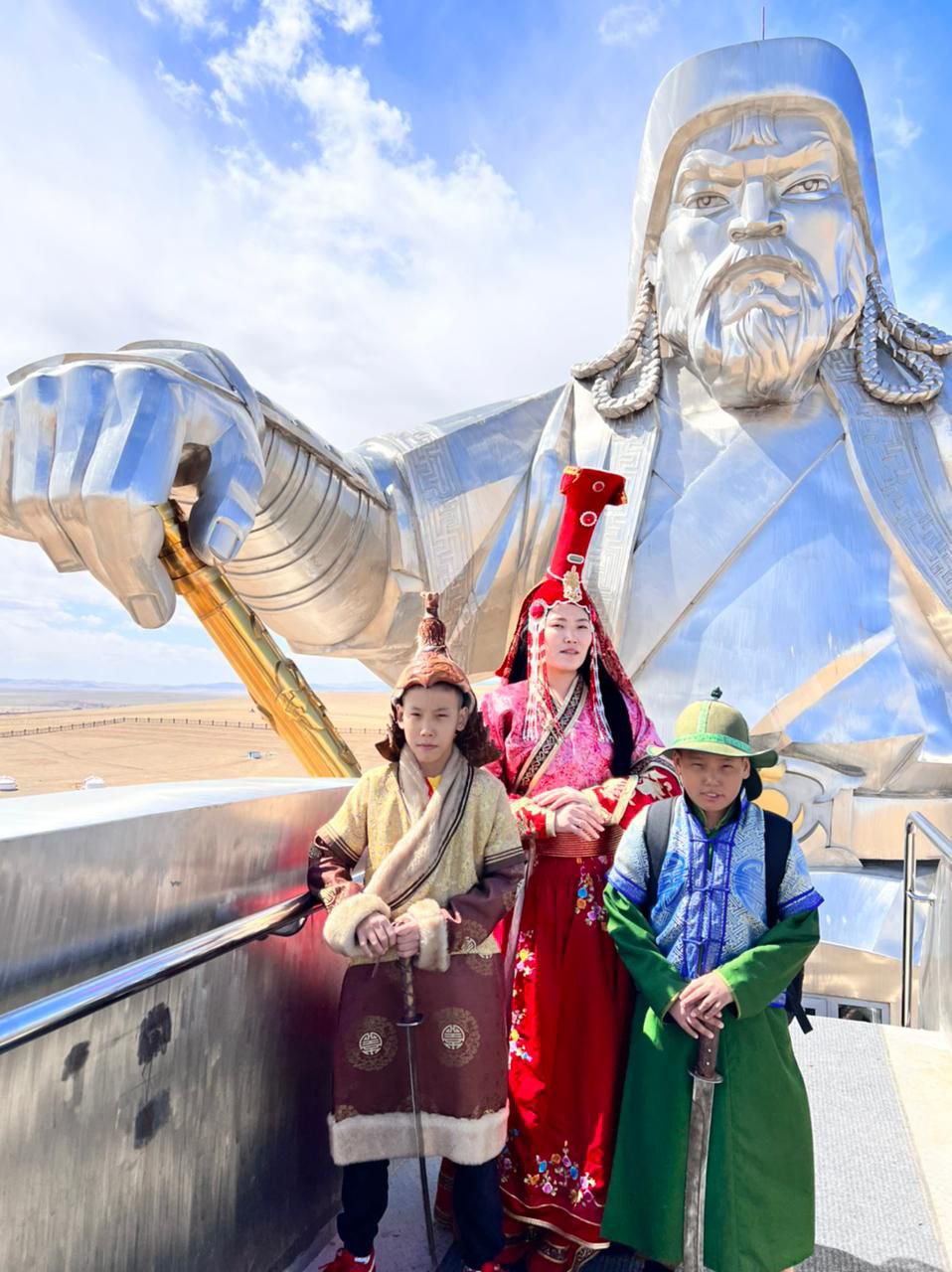 “The weather and nature are similar to our Buryatia, only there are fewer trees and the landscape is more intense, but it is beautiful, and there are also many lambs and horses. We admired and enjoyed nature. We went to a dachan – a monastery in the mountains. We went to the Dinosaur Museum and the kids loved it. We visited the Micheel Exhibition Center – very informative. We visited the monument in memory of Soviet soldiers in Zaisan-Tolgoi – a historic place, there are many tourists. We walked along the main square of Sukhbaatar, it is huge and all the major cultural, historical and governmental organizations are located along the perimeter – the government, theaters, galleries and temples.

Elena recommends that you plan to visit all the cultural and historical places early, as they close quite early – at 17-18 hours, when you travel, you should plan for possible traffic jams. As for shopping, you can spend time here, the malls are open until 22:00. There are many different shops in Mongolia for every taste and budget. From here it is profitable to transport exactly what is produced in the country – cashmere, leather, camel wool, dairy products, archi – vodka with goat’s milk.

“Huge portions – you can safely take one for two. No one will be left hungry in Mongolia for sure! We love tsuiwang – homemade boiled and fried noodles with meat and vegetables. Very tasty, like in Buryatia. Buryat buuzas and Mongolian are slightly different – there they look more like khinkali, in Buryatia it is necessary to have 33 pinches, but there is different, but also delicious – a lot of meat, they do not save meat. For lovers of world fast food, there are also KFCs and Burger King. ”

Korean baths are also very popular in Mongolia, where you can “hit” for a day: take a steam bath, get a massage, relax, eat and spend the night. Groups and families with children go there. You can connect to Wi-Fi everywhere.

Elena cites the bumpy road to the destination and the “terrible” traffic jam in Ulaanbaatar as disadvantages of the trip, but immediately states that they were warned and that they were mentally prepared for it, especially because they managed to visit everything that was stated on the tour. 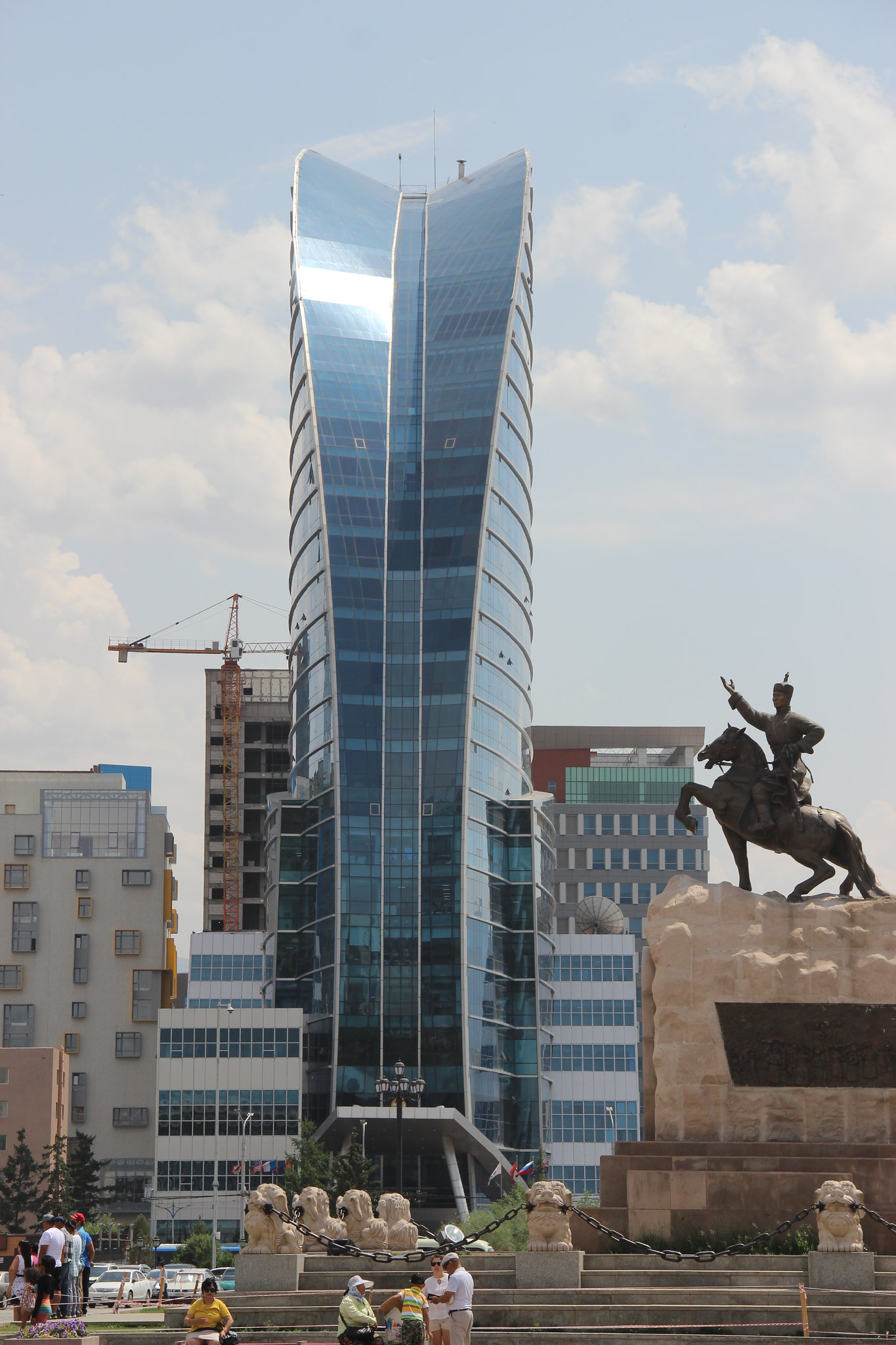 The trip for them was organized by the company Saikhan Tour. Russians do not need a visa to travel, a passport is enough. The requirement to provide a PCR test for the coronavirus was also canceled. You just have to fill out a health questionnaire. Budget trips to Mongolia for 4 days / 3 nights are very popular in Buryatia.

Small groups leave at about six o’clock in the morning, around 11:00 – crossing the border, having a lunch break and currency exchange at Altan Bulag. Arrival in Ulaanbaatar from 19:00 to 21:00 (depending on the volume and quality of traffic jams). The next day, tourists are offered to have breakfast and go to Terelj-Gorkh National Park to visit the Genghis Khan Monument. On the third day – a tour of the sights of Ulaanbaatar, a visit to the main square, the Buddhist monastery “Gandanteksinling”, shopping. They leave back for Ulan-Ude early in the morning, returning at about nine in the evening. 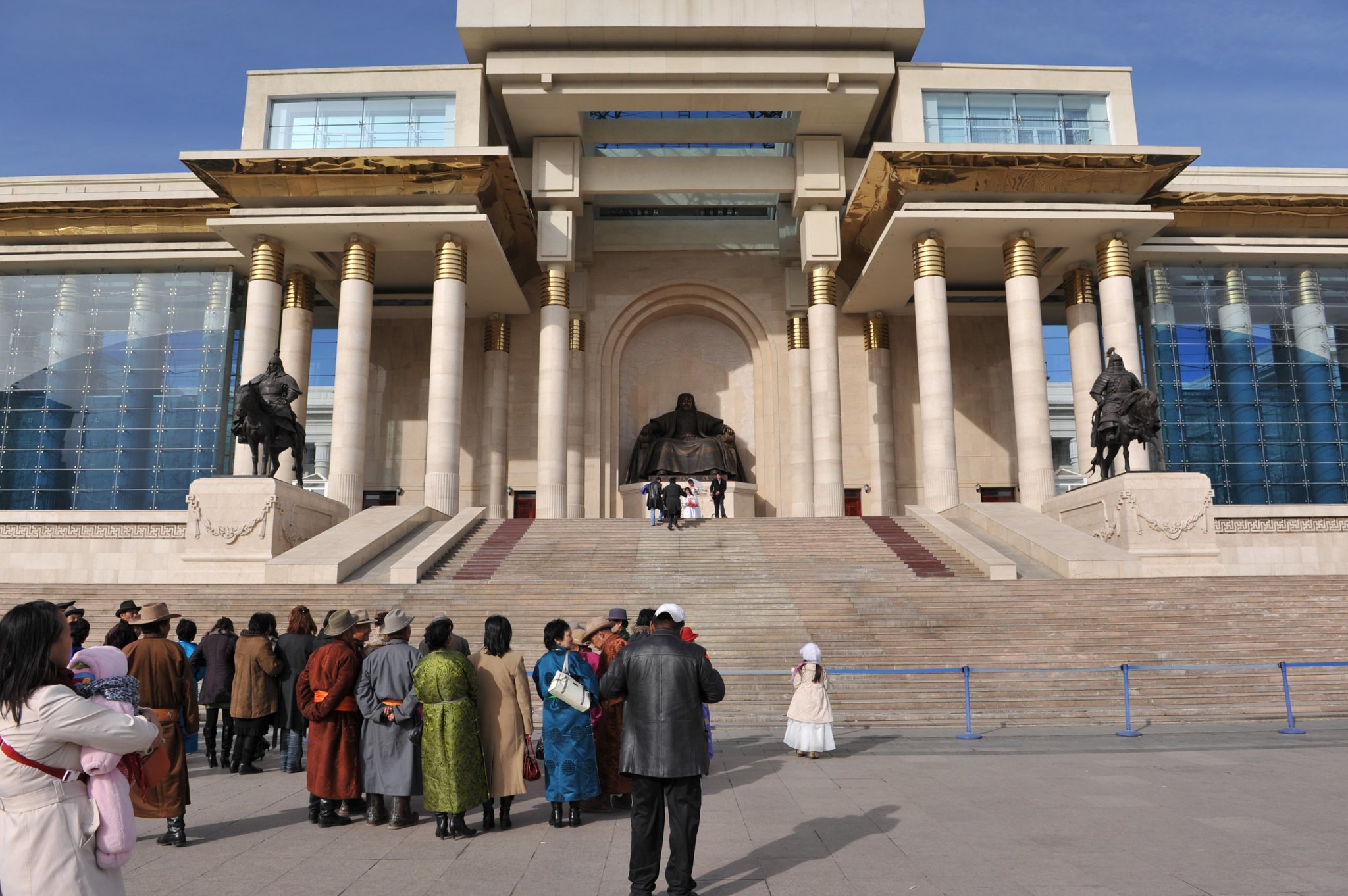 The company’s general manager, Galina Shoidonova, says most families go from the Democratic Republic of Mongolia.

“Communication has been cut off since March 2020. Prior to the pandemic, these excursions were in high demand by both Buryatia residents and other nearby areas. Now the popularity of the tour is gaining momentum again. We also have medical and children’s trips to Mongolia – now everything has been restored. I think the demand for these trips will soon be the same as before the coronavirus. “There are people who want to go.” 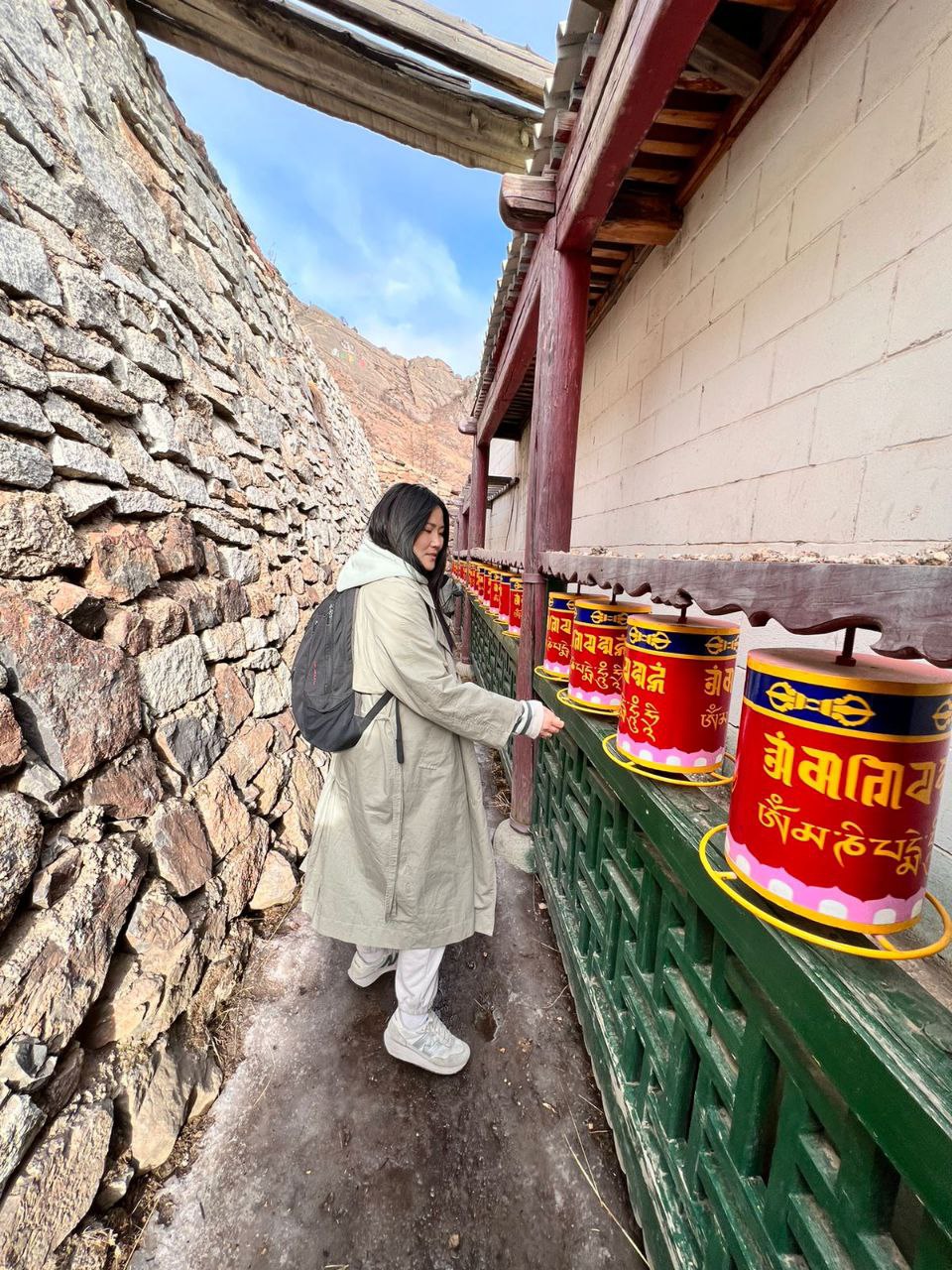 This week, the Buryatia government, in collaboration with its Mongolian counterparts, presented the republic’s tourism services and companies in Ulaanbaatar. Leading companies and experts from the tourism industry were invited to the event. The Republican Ministry of Tourism notes that Mongolian tourists have their own peculiarity: among them there are many pilgrims and those who wish to receive medical services. In turn, Buryatia’s small business responded immediately to demand: signs of hostels and coffee in Mongolian have already appeared in Buryatia, vendors have learned the most common Mongolian expressions.