The creators of the restaurant took into account all the details: artisans from Peru dealt with the interior decoration, the dishes, the organization of the accompaniment music. The meaning is in the conscious consumption and respect for the uniqueness of the areas

The year 2021 is coming to an end: it was full of gastronomic discoveries and was illuminated by the stars of Moscow’s first Michelin guide. It would look a lot brighter, but no: the main surprise was for the end of the year. It is this restaurant that I dare to characterize as the main gastronomic discovery of 2021. It is unlike any other restaurant in Russia and the level of uniqueness of cuisine, service and atmosphere, while maintaining proper pricing and friendliness, without a doubt, surpassed all existing concepts.

On November 26, in the center of New Year’s Moscow, the Peruvian restaurant Olluco, Virgilio Martinez, one of the most titled chefs in the world, opened its doors. For many years, his works have been included in the lists of the best restaurants in the world. Olluco (properly pronounced “Oyuko”) is located in the Daev lane, house 6, away from the usual culinary paths. This did not happen by accident, it was Virgilio who wanted such a remote location from everyone. His investors showed him eight facilities and he stopped at Daev Lane. From the street, you will not even realize that this is a restaurant. Only the warm light that flickers softly on the first floor will tell you that you are there. The restaurant is open from 17:00 and in the winter evenings this is the only landmark. 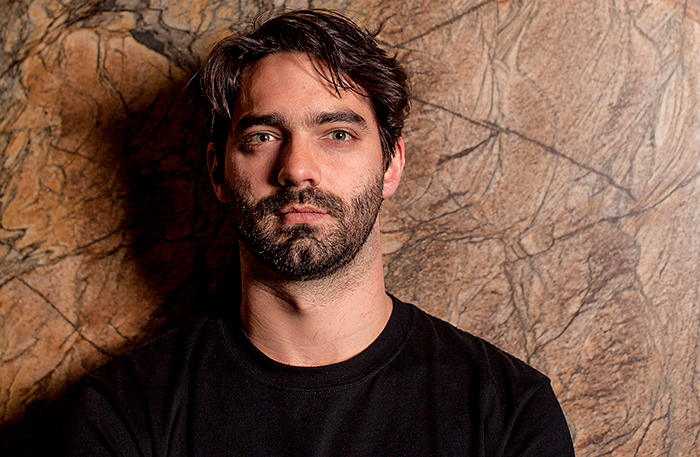 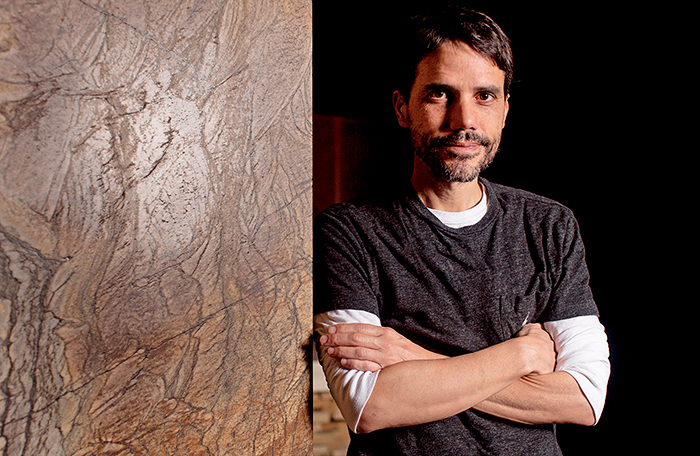 The smiling and extremely pleasant Nicanor Veira, originally from Argentina, became Olluco’s chef. The ancient Greek name Nikanor, as he laughs, was given to him by his parents when they no longer knew how to name their children. Nicanor is the ninth of ten children in the family. He was the right hand man of Virgilio Martinez in Peru and has led the cuisine of the Central restaurant for the last five years. Central is the fourth best restaurant in the world according to the 50 best restaurants in the world. The landing of such troops undoubtedly raises the bar for all restaurants in Moscow.

The entrance hall room, like a transit hatch on a spaceship, serves as an intermediate tunnel between the worlds of Moscow and another, mysterious one. The interior design was done by the Peruvian architectural firm “51-1” in collaboration with Maria Zhukova. There is space music playing in the room, in which Shazam wrote to me: “It’s not easy, but I will try it for the last time.” The soundtrack was written especially for the restaurant.

Throughout the space, the walls are finished with giant slabs of natural brown Brazilian quartzite. Bright light. The staff, like in a spa, moves smoothly and quietly. The walls of Olluco are decorated with mysterious paintings by Peruvian artist Ismael Randal, created from Peruvian soil collected from various heights and mixed with concrete. I have not been to Peru, so everything seems completely strange to me, the mysterious spirit of a distant country, the homeland of the Incas. Among the Incas, rocks, mountains, caves, cliffs, and streams played an important role in religion, many of which were considered sacred. Therefore, the feeling that you are in an ancient Peruvian temple will accompany you all the time.

The stone tables of the guests are placed so far away that it seems that you are on different planets. In the middle of the room there is a strange fireplace. Along the walls there are wine cabinets, in the windows of which there are horizontal wine choices and Russian wine is treated here with particular horror. The central bar counter, like a fallen meteorite, is a block of solid granite with characteristic tubular puncture marks.

All of Virgilio Martinez’s restaurants are inspired by the non-profit research organization Mater Iniciativa. The main goal of her work is to gather information about the products and natural resources of our planet, the conscious consumption and the respect for the uniqueness of the regions. Each Mater Iniciativa gastronomic work tells its own story and Olluco is no exception. That is why it was decided to call the tasting sets “chapters”.

The first chapter, also known as the first set, is called “Flying Seeds”. It says about the products of Russia and Peru.

Each portion is accompanied by the laying of a paper circle on your table. The circles help you to measure the portion of the portions, they give extra meaning, as each dish refers to the various natural phenomena of Peru through the prism of Indian life: the marine ecosystem, the rainforest, the fresh water, the land of Pachamanca, the aviation jungle, the Amazon.

The dishes at Olluco were brought from Peru. Made to order at the null.lab workshop in Lima, it combines cosmic and primitive forms. It was when I looked at the dishes that I felt like I had come to the shamans.

Food, as the unforgettable Alyona Doletskaya says, is “demolition of the head”. All these textures, combinations – I have not seen anything like this in any of the Russian restaurants. For the first time since writing gastronomic reviews, I feel I have no right to list the enchanting combinations of Peruvian and Russian products. Some of the combinations will be so unusual that it is a “mystery food”, in 80% of cases you will not even guess which dish it comes from until they tell you. But the number of quinoa flowers, corn and potatoes will surely surprise you. I am still tormented by the question why Peter I brought us the ugliest potatoes. So I will not give spoilers.

After dinner, you will be asked to move to the bar. Make sure you make this trip. The bar is a separate area with a 25-meter seamless screen in which various stories are transmitted in psychedelic music. There is a lot of Peruvian alcohol on the shelves, you will immediately notice the bottles that are unusual for the Moscow eye.

In the first weeks of the opening, almost all the star chefs from Moscow visited Olluco: the Berezutsky brothers, Mukhin, Vikentiev. This speaks to the gastronomic importance of the place. Olluco has no doubt created a new level of restaurant in Moscow. Schedule two and a half hours for the set, one and a half to two hours for the bar and let this be your most memorable culinary experience for the new year 2022.

With borders still closed to most of us, this is an opportunity for a fantastic journey not only in space but also in time. I wish you unforgettable gastronomic experiences in the new year 2022! May all your wishes come true, health to you and your loved ones and have a happy New Year! Hugs, Lola.

Add BFM.ru to your news sources?