“During the occupation of Gomel, the Nazi invaders destroyed up to 140,000 Soviet civilians, including up to 30,000 locals and at least 100,000 Soviet prisoners of war,” the GGel commission in ChogK said in a statement. . A real carrier of death worked. And it lasted two years and three months. In April 2021, the Prosecutor General’s Office decided to initiate a criminal case for the genocide of the Belarusian people during the Great Patriotic War. In our new project “Gomel. The history of the genocide “, based on the documents submitted by the Gomel city prosecutor’s office, we will tell you how it happened.

They quenched their thirst by scraping the frost.

In September 1941, on the border of Sovetskaya, Telman, Portovaya streets, the Nazi army organized a camp for Soviet prisoners of war, called “Central Prisoner Camp No. 121”. The Dulag-121 lasted until October 10, 1943.

“The prisoner-of-war stage, from which I arrived from the town of Karachev to the Gomel camp, consisted of a freight train,” recalls former prisoner Berdichevsky. There were 80-90 people in each carriage. For two days the hermetically sealed wagons were never opened, food and water were never provided. People quenched their thirst by scraping the frost that had accumulated on the car boards from the breath of a mass of people. Upon the arrival of the ladder in Gomel, the prisoners were ordered to leave. Anyone who could not walk was immediately shot down by the German escorts with rifles in front of the passing column. During the transport, at least 100 people lost their lives and up to 200 people were killed by escort shots.

“I personally had to see that several hundred already dead prisoners were being unloaded from every step,” said Gomel’s resident of Livansky. – Soviet prisoners of war doctors said that in November 1941 a train with 400-500 prisoners of war was leaving Bryansk. They were all starved for several days and on the train instead of bread they were given unground buckwheat, from which the prisoners showed acute stomach pain and all died.

They ate porridge with kerosene.

The camp was organized in the stables of one of the cavalry regiments stationed before the Gomel war. The rooms not only had bunk beds, but there was no ceiling.

– There were about 60 thousand people in the stables. The rooms were very full. “The stables were not heated, without floors and windows, and people were lying in the mud,” recalls former prisoner Shumsky. – Most of the prisoners of war were in the countryside, so with the first cold they began to freeze.

“Unhealthy conditions prevailed in the camp,” said prisoner Firsov. “They did not take me to the bathroom, they did not give me sheets. The prisoners came in blackened by the dirt and the half-worn linen, with their feet – torn shoes, and some went barefoot. There was no water for drinking or washing. Tightness and dirt lice were common …

Bikowski, an eyewitness to the German atrocities, said:

And here is what prisoner of war Proshin said about nutrition:

– During the day he made “ballad” soup from bran and frozen potatoes, mixed with kerosene without salt. No bread was given at all. As a result of famine and inhuman conditions of existence, prisoners of war have completely lost their human appearance. Mental sluggishness, indifference to everything except food. The overwhelming instinct of hunger turned people into human beings. The impression of this system of systematic destruction designed by the Nazis was heavy.

– The executioners brought in the state of human-like creatures, the prisoners did a lot to save their lives. “They ate the meat of their dead compatriots,” said Yakushev, a prisoner of war. “I personally saw how they cut the backs of the dead, boiled them in a cauldron and then ate them. People ate whatever they got and it got to the point where they started cutting soft parts of corpses and eating.

Over time, the Germans began to give 150-200 grams of ersatz bread baked from barley bran, buckwheat husks or acorns, but this was not done every day. 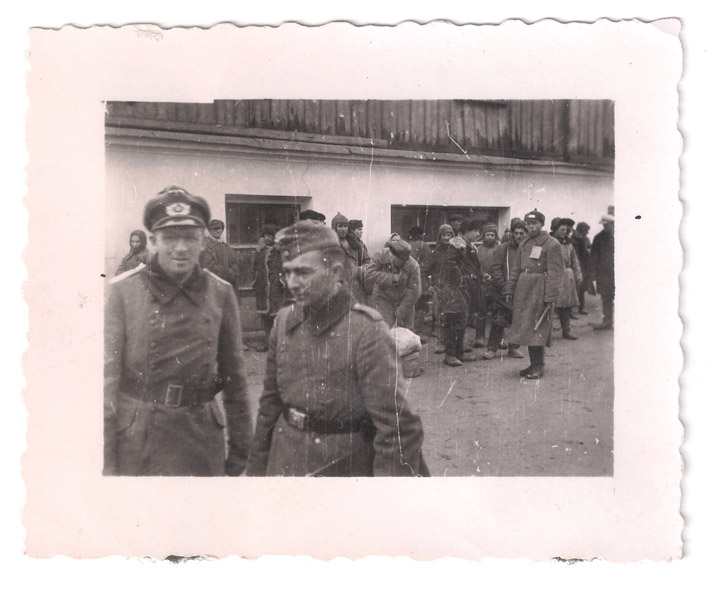 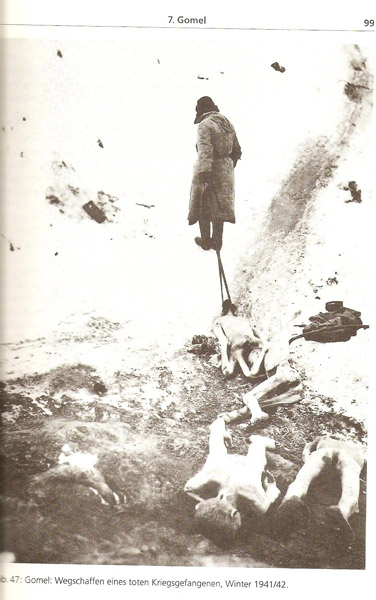 The Gomel No. camp 121 was called the central transit camp. The executioners were not wrong, they were really one, but the only place where prisoners of war were sent from the camp was the grave.

– The regime created by the German executors led to the fact that up to 1000 people died in the camp every day. In January 1942, the mortality rate increased dramatically. “There were so many dead that mountains began to form from their corpses,” testified Pashkevich, a prisoner of war.

The massive mortality of the Soviets did not satisfy the sadistic passions of the Nazis.

“Exhausted and emaciated people were walking in the yard,” recalls Trestinskaya, a Gomel resident. “Countless corpses lay under their feet. Near the fence, the Nazis buried another living prisoner on the ground. Seeing this, I ran to the Germans and, begging, began to ask: “Sir, he is still alive, give it to me, I will take him and give him food.” The German robber did not answer me, but only hit me in the chest with a rifle, so that after that I lay in bed for three days.

“In the winter of 1941, on the orders of a German officer, the detainees dragged their dead comrades into a desert,” said Galimskaya, a prisoner. – In a pile of dead, a German dragged a prisoner of war who was still alive and shouted: “Wait, I’m not dead yet!” However, the German did not pay the slightest attention to this and threw the living into a pile of corpses. Because this companion was completely powerless, he could not get out of the mass of corpses and so he died.

– In the camp of the dead prisoners there were whole stacks, and we do not have time to transport them. Those prisoners of war who showed no signs of life were stripped naked and, while still alive, dragged from the barracks and thrown on piles of corpses. The Germans said that “in this situation they are lying down more densely …” – recalls the prisoner Levansky. 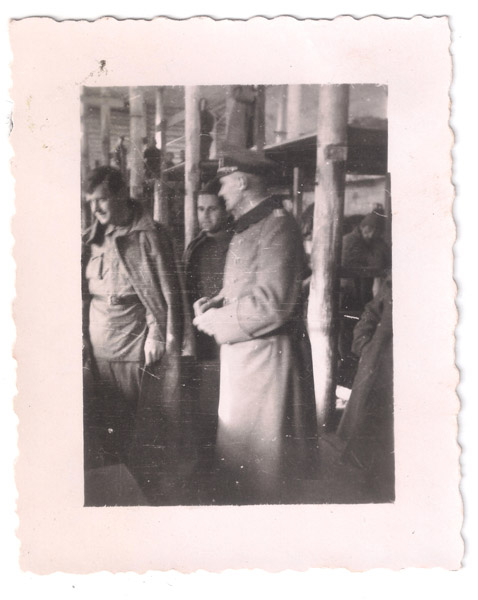 To the jealousy of the examiners.

Medieval examiners could envy the fascist experience of exterminating and torturing innocent victims.

– Many of the prisoners of war were so exhausted and exhausted that they could not go out for physical needs – they gathered under themselves. As soon as the police and the Germans found out, the “culprit” was tied to a pole and a jar of his feces was hung from his face. So he had to stand for 12 hours, and sometimes longer. In addition, police beat him with a stick, a rubber whip or a wire. Many who had already lost all their strength could not bear it and died, – shared the testimony of the German horrors of Sumski. – Rosen (commander of the camp) hit with a rubber truncheon and even stabbed the prisoners just because they did not welcome him. And from the bad food among the prisoners of war began an epidemic of dysentery. Arriving at the toilet, people could not recover and started screaming from the pain in their stomach. The Germans then opened fire with machine guns and killed everyone in the toilet. I have seen it in person twice.

The accursed degenerates of humanity – the fascist executioners – mocked not only the living Soviet citizens, but also their corpses.

“The corpses of prisoners of war were dumped in the ditch behind the prison camp,” said Golishenko, who suffered at the hands of the Nazis. – Human feces from the toilets came out of the same ditch and spilled on the bodies of the tortured.

And here is what the witness of the Nazi atrocities Shumsky said:

– A German officer with the Russian commander of the Kardakov camp saw that one of the prisoners of war had recovered near the fence. Doing the commander’s will, the policeman stripped the unfortunate man halfway, tied him to a pole and started beating him with a stick. I counted 35 blows that the police officer did to a man’s naked body. Exhausted, he hung on his belt, which was tied to a pole. This prisoner of war was beaten to death …

Such was the horror of German captivity. Rare lucky ones managed to pass through the fascist labyrinth of death and save their lives …

Did you find an error in the text? Select it and press Ctrl + Enter